US official warns of "worse" wave of Corona 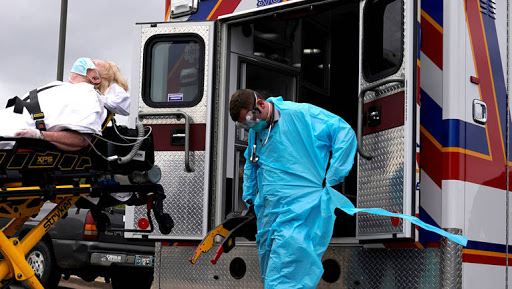 Shafaq News/ A second coronavirus wave that could sweep across the United States this winter is likely to be worse than the initial outbreak, according to the director of the Centers for Disease Control.

“There’s a possibility that the assault of the virus on our nation next winter will actually be even more difficult than the one we just went through,” CDC Director Robert Redfield told The Washington Post.

In a wide-ranging interview with the Post, Redfield warned the second wave could be far more deadly because it’s likely to hit around the start of the flu season.

“When I’ve said this to others, they kind of put their head back, they don’t understand what I mean,” Redfield added.

Instead of placing a sole focus on making plans to reopen their economies, states also need to use the coming months to plan ahead for another battle with the virus, Redfield explained.

Redfield also said that social distancing rules must remain in place when stay-at-home advisories are lifted.

When asked about calls on states to be “liberated” from restrictions, Redfield said, “It’s not helpful.”

As of Tuesday evening, there were 45,000 reported coronavirus deaths across America.