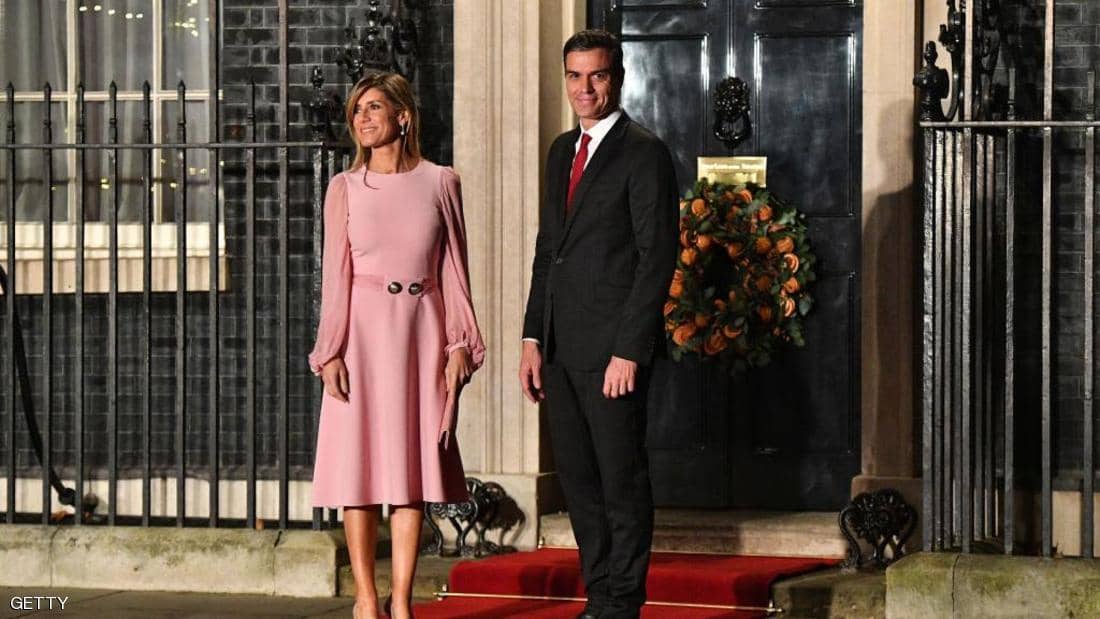 The government said Begoña Gómez and the prime minister are in good health and following the instructions of medical authorities at their residence in La Moncloa Palace in Madrid, the government seat.

Two ministers of Sánchez's Cabinet, the minister of equality and the minister of regional affairs, had already tested positive earlier this week. The government said both are in good health as well.

The others member of the Cabinet have tested negative.

The government informed the media of Gómez's infection shortly after Sánchez gave a nationally televised address to announce a battery of measures his government will take to combat the pandemic during a two-week state of emergency. Spain moved to lock down its 46 million citizens Saturday.

Similar to the one already imposed in Italy, people will be allowed to leave their homes only to buy food and medicine, commute to work, go to hospitals and banks, or take trips related to the care of the young and the elderly. All schools and universities were closed, along with restaurants, bars, hotels and other non-essential retail businesses.

Prior to the address, Sánchez presided at a seven-hour Cabinet meeting that was attended by all the ministers except for the two who had tested positive.

Health authorities said Saturday that coronavirus infections have reached 5,753 people in Spain, half of them in Madrid, since the first case was detected in late January. That represents a national increase of over 1,500 in 24 hours.

"From now we enter into a new phase," Sánchez said after the Cabinet meeting. "We won't hesitate in doing what we must to beat the virus. We are putting health first."

Spanish authorities said the number of infections climbed past 5,700, half of them in the capital, Madrid. That represents a national increase of over 1,500 in 24 hours. The country had 136 deaths, up from 120. Spain has the fifth-highest number of cases, behind China, Italy, Iran and South Korea.

Shoppers packed supermarkets in Spain in the morning despite pleas for calm from authorities. But overall, the normally bustling streets of the country's two biggest cities were noticeably quieter as the message sank in that social distancing is the only way to stop the pandemic.

"We had to close and remain shut for 15 days," restaurant owner Rachel Paparardo said in Barcelona, which was already under regional restrictions. "But this is nothing. It is just so more people don't get infected and we can recover from this."

Some flights bound for Spain turned around as word spread of the lockdown.

The U.S. and other Western countries moved to prevent their health systems from collapsing under the caseload.

Paris followed other cities in shuttering major tourist attractions, and France announced the closing of all restaurants, cafes, theaters and nonessential shops starting Sunday. France has recorded at least 3,600 infections. It has banned all gatherings of more than 100 people, ordered all schools closed and asked companies to allow workers to stay home.

In Italy, the worst-hit European country, the number of deaths climbed past 1,400 and infections surged roughly 20 percent overnight to more than 21,000 because of what authorities characterized as irresponsible behavior by people still socializing despite the nationwide lockdown. Many Italian cities, including Rome and Milan, decided to close playgrounds and parks, too.