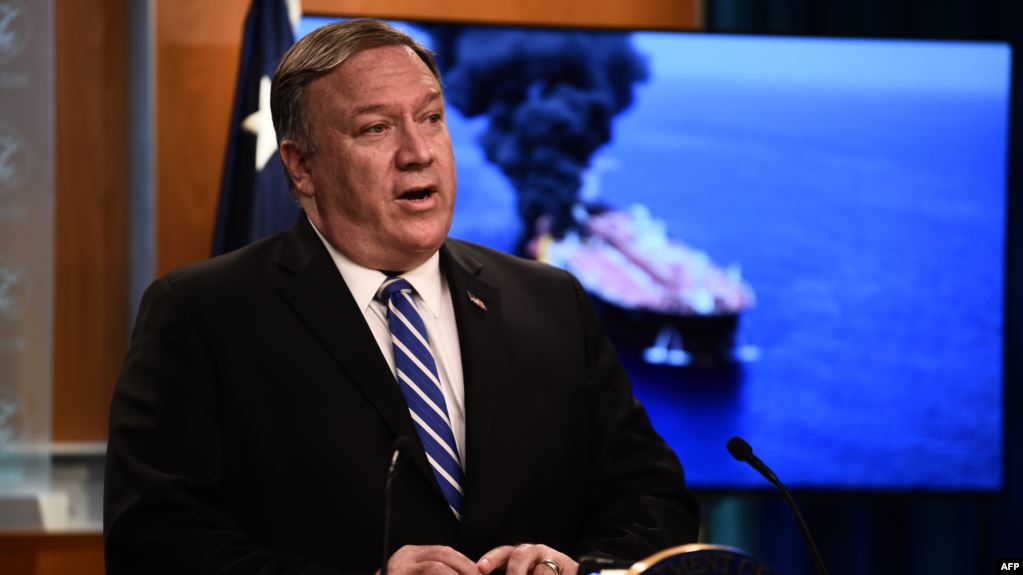 Shafaq News / US Secretary of State Mike Pompeo on Thursday accused Iran's Supreme Leader Ali Khamenei of continuing to lie to his people, rather than take responsibility. He also considered that the Iranian regime lost its legitimacy, after the recent Iranian elections, which recorded the lowest participation level.

"Khamenei continues is lying about his killing of civilians on a commercial plane and on internal health risks in Iran. He is wasting the children of Iran by killing them in foolish revolutionary expeditions in Lebanon, Syria, and Iraq," Pompeo said in a series of tweets, referring to the Iranian regime's cover up of Coruna virus.

He also saw that the Supreme Leader of Iran sacrifices the youth of Iran in a reckless way in his "revolutionary expansion", whether in Iraq, Syria or Lebanon.

In addition, he said that the regime in Iran is facing a crisis in its legitimacy, after participation in the parliamentary elections declined to the lowest level since 1979.

It is noteworthy that Iran announced last Sunday that the rate of voter turnout to vote in the parliamentary elections was 42%, the lowest since Khomeinist revolution in 1979, while Iranian leader Ali Khamenei blamed what he described as "Iran's enemies who have magnified the threat of the new Corona virus to discourage voters."

The official TV reported, quoting the interior minister, that the turnout in the parliamentary elections that took place in the country on February 21 reached about 42 %. Abdel-Reda Rahmani Fadli said that more than 24 million people voted on Friday out of the 58 million who are entitled to vote in the elections.

US troops withdraw from northeast Syria to Iraq

In cooperation with Iraq ... Iran is taking a new step on Soleimani's death

Iran comments on US moves in Iraq: it will bring catastrophic conditions to the region

Turkey to lift travel ban with Iraq on conditions

Source: The drone that attacked Aramco was launched from Iraq not Yemen

Israel makes a pledge: We will not allow Iran to be stationed in Iraq