Mass rallies in Iran at the anniversary of the revolution 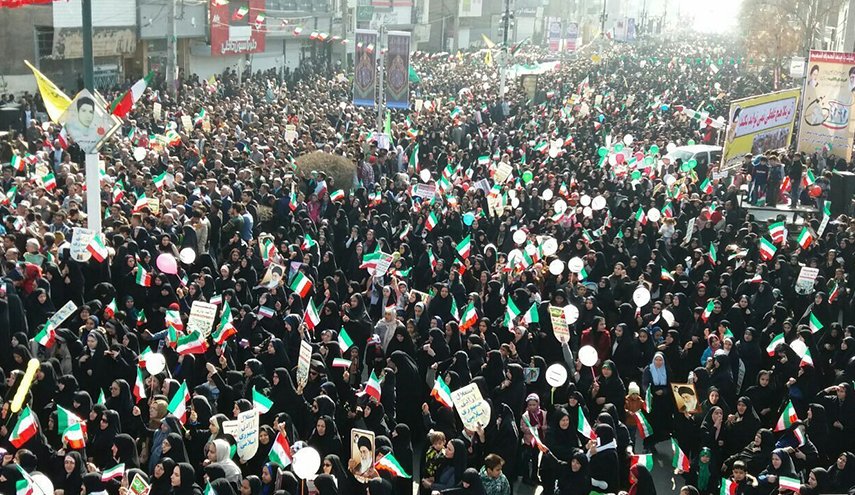 Shafaq News / Marches were launched on Tuesday, in the Iranian capital, Tehran, and similar rallies are also expected in various cities of the country, to celebrate the 41st anniversary of the Iranian Revolution (1979).

In Tehran, the main streets from which the marches ending on Azadi Square (Freedom), west of Tehran have been identified, where the gathering will be there, and President Hassan Rouhani is scheduled to deliver a speech in the mass crowds.

The celebrants carried the flags of Iran and pictures of General Qasim Soleimani, who also marks the fortieth day after he was killed by a US bombing in Iraq.