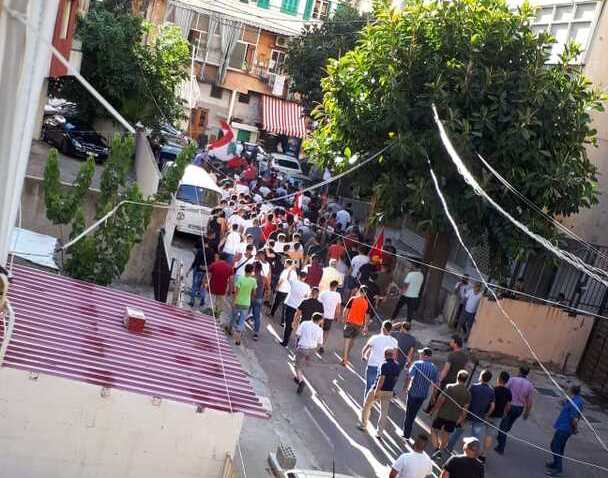 Shafaq News / The Lebanese media reported blocking the streets in various Lebanese governorates, protesting the high price of the US dollar and the deterioration of living conditions.
Lebanese news reported that the southern entrance of the capital Beirut was blocked, in addition to several streets in Beirut itself. The protesters also blocked Streets in Tripoli (north of Lebanon), as well as streets in both Beqaa and south governorates, calling for the overthrow of the government.
Shops closed their doors after news, about the increase of the US dollar exchange rate to amount 7,000 Lebanese Pounds, got spread. However, the local media denied these rumors, confirming that the dollar is available in the markets at 4900 Lebanese Pounds.