Iran has 500,000 people infected with coronavirus 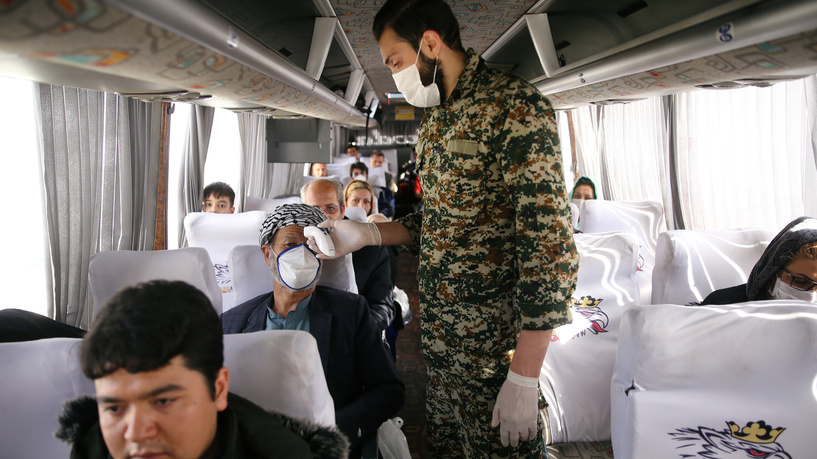 Shafaq News/ A member of the National Coronavirus Combat Taskforce for the Islamic Republic of Iran revealed on Monday that half a million people in the country suffer from the deadly virus.The Jerusalem Israeli post said.

Hamid Souri, the taskforce member, told Islamic Republic's news agency, IRNA, that many patients afflicted with the coronavirus have not been detected, according to an article from Radio Farda, the Iranian branch of the U.S. government-funded Radio Free Europe/Radio Liberty (RFE/RL), which reported on the IRNA news item.

Iran's Ministry of Health claims that  60,500 Iranians are currently infected.

Souris termed the situation "worrisome,” and said there has been a spike in the virus across the  provinces of Tehran, Khorasan Razavi, West Azarbaijan, Bushehr, Khuzestan,  and Kermanshah.

"The coronavirus curve has not flattened in any of the country's 31 provinces", Souri told IRNA.

Iran’s clerical rulers have faced accusation that they are fabricating statistics to hide the severity the disease afflicting the population.

The Jerusalem Post reported on Monday that death rate in Iran is “four to five times higher than the regime admitted then,” the report said. “The current figures are currently officially 55,743 sufferers and 3,452 dead. The current death toll is apparently much higher. On Sunday, it was 12,380, according to Western security sources.”

The Post report cited an article in the German daily Die Welt that obtained the numbers from Western security sources.

Ebrahim Raisi, the Islamic Republic’s chief judge and a possible successor to Supreme Leader Ali Khamenei, ordered that thousands of coronavirus deaths be attributed to diseases such as heart failure or pneumonia, Die Welt reported.

Radio Farda wrote that its” independent estimate based on local media reports puts the number of those infected at 95,000 and the dead at 6,800.”

On Monday, the head of Iran's Health Ministry's Public Relations Office, Kianush Jahanpur said  “that 24,236 people out of a total of 60,500 infected by the coronavirus have recovered while 3,739 have unfortunately succumbed to death, “ according to  Radio Farda.

IRNA reported that  Jahanpur said  over  the last 24 hours, 136 people died due the coronavirus.

Jahanpur added that  "If the current procedure goes on, within seven to ten days we will witness the virus peaking again in Tehran." Iran is the epicenter of the Middle East coronavirus crisis. The clerical regime has refused to accept humanitarian aid from the US government.

A Swiss-run humanitairan and medical channel is operating to provide aid to Tehran. Iran's regime has used humanitarian aid in the past to fund malign activities in the Mideast, according to the US government.

On Monday,the US State Department released an "Iran's Sanctions Relief Scam" fact sheet. According to the document, "In 2018, an Iranian 'humanitarian' company was sanctioned by the United States for masking payments that provided hundreds of millions of dollars to Hezbollah and Hamas through the [Islamic Revolutionary Guard Corps]  IRGC’s Qods Force."

"Iran’s slick foreign influence campaign to obtain sanctions relief is not intended for the relief or health of the Iranian people but to raise funds for its terror operations," wrote the State Department