For the first time ... Corona's infections outside China are more than inside it 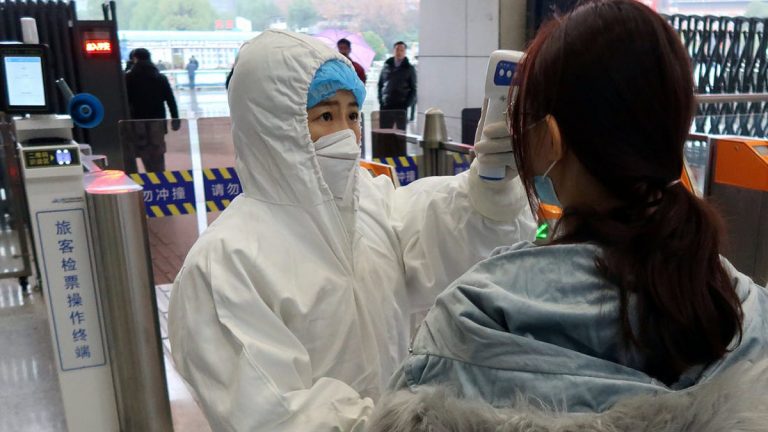 Shafaq News / The World Health Organization (WHO) revealed on Wednesday that it is the first day that countries in the world have reported more cases of corona virus than China recorded this day, since the virus spread in December.

"The situation today about Corona virus: for the first time, it records more new cases in countries outside China than China recorded today," said WHO Secretary General Tedros Adhanum Gebresos in a tweet.

According to the organization's daily report, on Wednesday, China recorded 412 new cases of people living with Corona, while cases outside China reached 459.

The death toll from those infected with the Corona virus in the United States increased to 60, according to local media.

Health officials in Nassau County, New York said on Wednesday that they put 83 people who visited China in quarantine, and may have had contact with patients with the emerging corona virus, but that New York Governor Andrew Como said that the state has no confirmed cases of the disease.

In Lebanon, it was announced on Wednesday that it had detected the second case of the newly infected Corona virus, a woman quarantined after returning from a religious trip to Iran.

The Ministry of Health said in a statement that symptoms of the disease began to appear on the woman on Monday after her arrival last week on the same flight that had been the first case of infection in the country.

In Norway, the Public Health Agency announced on Wednesday that it had monitored the first confirmed case of a newborn Corona virus and was isolated in his home.

The agency said that the patient was returned from China last week without signs of illness and it is unlikely that he had transmitted the infection to others.

For its part, the Romanian Ministry of Health announced on Wednesday evening, the first infection with the Corona virus, according to local media.

This came, according to the news website, Romania Insider, quoting Deputy Minister of Health Horatio Moldovan this evening.

The source pointed out that the case belongs to a man from “Gorj” province (southwest) who had contacted an Italian infected with Corona virus who had visited Romania recently.

He added that the 71-year-old Italian visited Romania between 18 and 22 February of this month, and was diagnosed with the virus after returning to Italy.

The official added that the Italian man visited his wife's family in Krueva, and held several meetings in Krueva and Gorj province.

Attilio Fontana, the president of Lombardy, northern Italy announced on Wednesday that he had been quarantined for two weeks, on the background of a close friend being infected with "new corona" virus.

This came, according to a statement published by Fontana on his personal page on the social networking site “Facebook”, in which he explained that a close friend of his was proven to be infected with virus.

In a related context, the Public Health Authority of Sweden announced in a statement, on Wednesday, that it was confirmed that a 30-year-old woman was infected with the virus and underwent treatment in a hospital in Utenberg city, bringing the number of cases in the country to two cases.

In Finland, the local authorities announced that a case of the disease had been recorded in the capital, Helsinki, with a woman from Italy.

A statement issued by the university hospital in the capital, that the infected woman, returned several days ago from the Italian city of Milan.

After this infection, the number of people infected with Corona in the country increased to two cases.

In turn, the General Administration of Civil Defense of Italy announced that the cases of Corona virus increased to 400 cases.

While in Georgia, the local authorities announced the closure of the land borders with Iran, after recording the first Corona infection in the country on Wednesday.

The virus appeared in China, the first time on December 12, 2019, in Wuhan, but Beijing revealed it in mid-January.

The World Health Organization declared a state of emergency on an international scale to counter the spread of the virus, which it classed as a "pandemic", which later spread to several countries, causing panic throughout the world.