Al-Jubeir: Saudi Arabia will consider the attack on the two oil facilities as a war if it comes from Iran 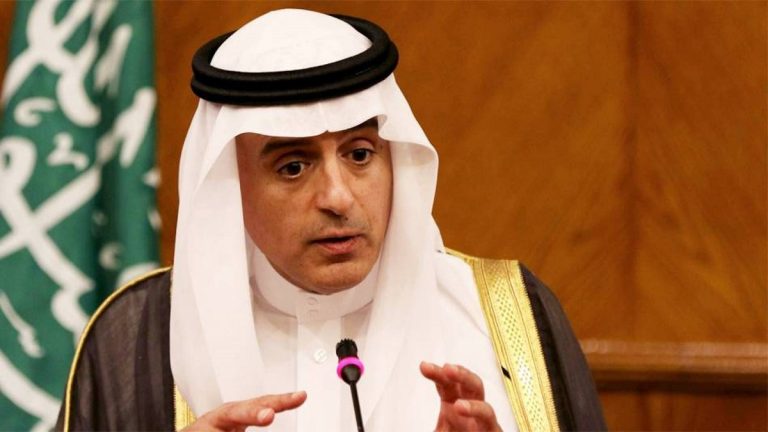 Shafaq News/ If the investigation reveals that last week's attack on two Saudi oil facilities was launched from Iranian territory, the kingdom would consider it a war, but Riyadh is now seeking a peaceful solution, Saudi Arabia's state minister for foreign affairs said.

"We hold Iran accountable for having manufactured and delivered missiles and drones that targeted Saudi Arabia," he told CNN late on Saturday, But launching an attack from your territory, if that happens, takes us to a different situation… this will be considered as a war.

Al-Jubeir told reporters earlier that Riyadh was awaiting for the results of an investigation that Saudi Arabia has invited international investigators to participate in it regarding the attack on September 14, which initially caused the kingdom's oil production to reduce to half, the biggest ever attack on oil facilities in the world's biggest oil exporter in a world level. As Saudi Arabia has refused to announce that Al-Houthi movement allied with Iran is responsibility for the attack. While Washington accuses Iran of its responsibility but Tehran denies any role.

"If they continue this path, then they are risking a military action," Jubeir said addressing Tehran.

“But nobody wants war. Everyone wants to resolve this peacefully and the goal must be to eliminate Iran's aggressive policies ,” he added.

Saudi Arabia called the attack on Abqaiq and Khurais as a test of international will to maintain world order and said it was looking to build a united front at the UN General Assembly in New York.

“The Iranians should know that there will be consequences for their actions,” he said.