After Soleimani: Iran's scramble to recover from general's death 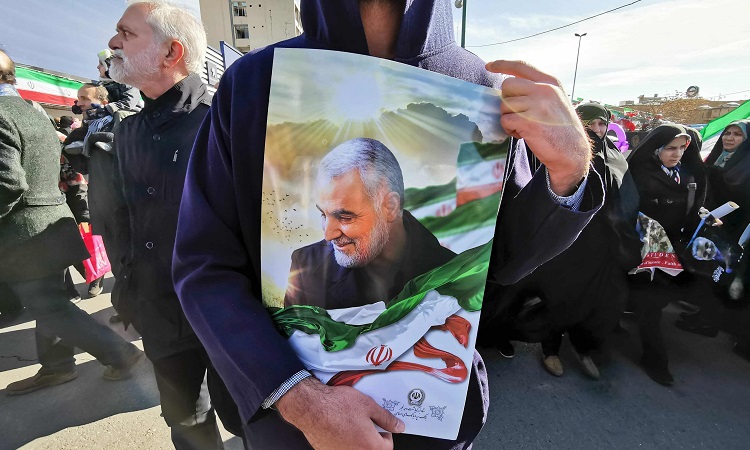 Shafaq News / The British newspaper "The Guardian" said that Iran is still suffering in order to compensate for its loss, General Qassem Soleimani, who was killed earlier this year by a US raid in Iraq.

"The Guardian" published a report by Martin Chulov and Dan Sabbagh, titled "Iran is trying to fill the strategic void left by the assassination of Soleimani," in which they said that the killing of the commander of the Revolutionary Guards Corps, had led to "a decline in the momentum of the Iranian wave in the region."

The newspaper pointed out that the killing of Soleimani was the most prominent incident since the fall of Saddam Hussein's regime 17 years ago.

The important thing that Soleimani’s murder revealed, according to the “Guardian,” the emergence of a major imbalance in the secret system that was surrounding al- Qods Force.

The Guardian believes that Iran has already addressed the Secretary General of the Lebanese Hezbollah, Hassan Nasrallah in order to bridge the gap of Soleimani's departure.

However, Nasrallah could not do much, especially since he spent the past 14 years hiding.

According to the newspaper, the progress of the Syrian regime forces in the northwest of the country, over the past weeks, may be by Iranian order to restore consideration after the killing of Soleimani.