The President of Kurdistan Region announces supporting Iraqi Constitution amendment, but on conditions 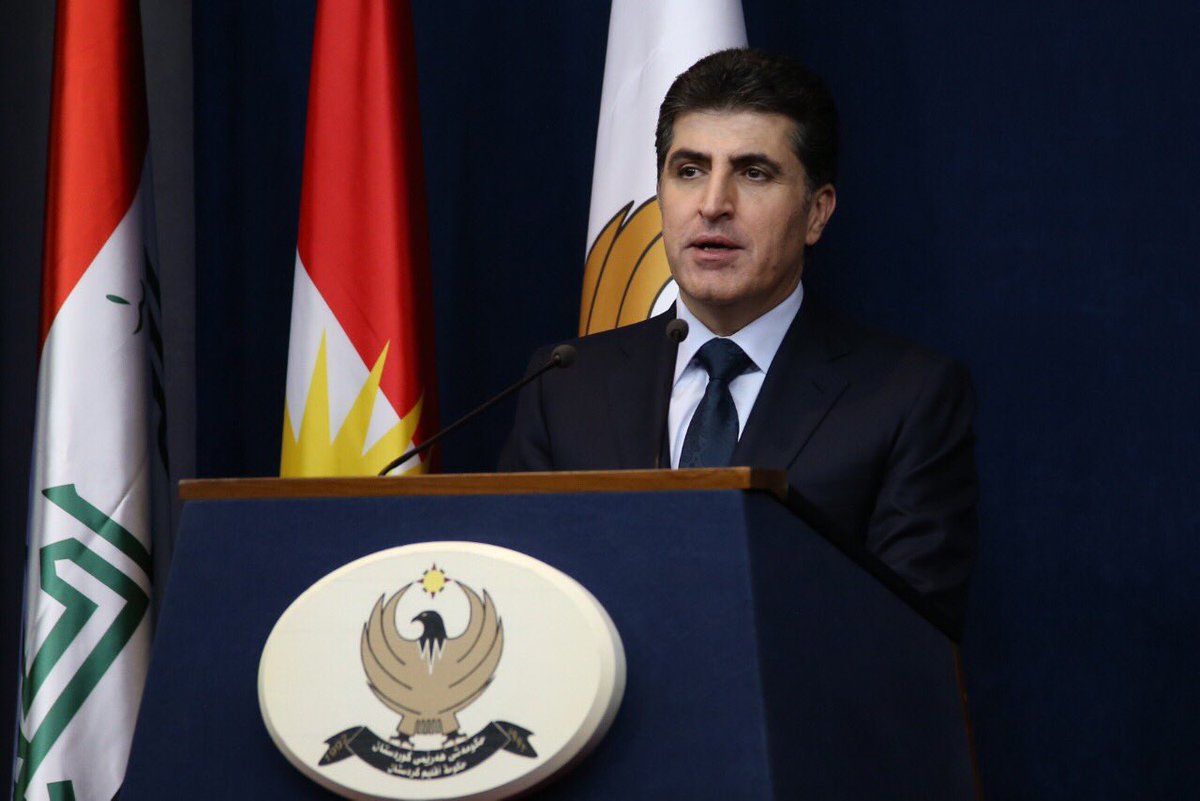 Shafaq News/ The President of Kurdistan Region, Nechirvan Barzani announced on Thursday that the region supports constitutional amendments to contribute in improving the living and service conditions of the Iraqi people, rejecting any amendment that harms democracy and federalism in the country.

Barzani said in a speech at the General Conference of Kurdistan Lawyers Association, which was held in the capital, Erbil, "The constitution that was drafted for the new Iraq is considered one of the advanced constitutions compared to the countries of the region," adding that "the failure to apply its provisions led to talk to amend it at a time when the constitution is not the problem "But the main problem is its application."

"It must be clear to everyone that any change or amendment to the constitution should take into account the rights of all components," he said.

However, Barzani said, "We do not oppose any amendment to the constitution, which aims to improve the reality of living in Iraq, but any amendment creates injustice and damages democracy and federalism against the interests of the people of Kurdistan and Iraq, we reject it or also does not meet in any way with the legitimate demands of the demonstrators."

He added "the people of Iraq want to improve their living conditions not to aggravate the situation in the country," stressing that "Iraq needs security , political stability and resolve crises and problems is not by destabilizing  security and stability."

Barzani said that the problems and crises in Iraq are because of the mistakes made by successive governments that ruled for many years , no government can solve those problems in one year, stressing the region's support for the steps of the federal government reform.