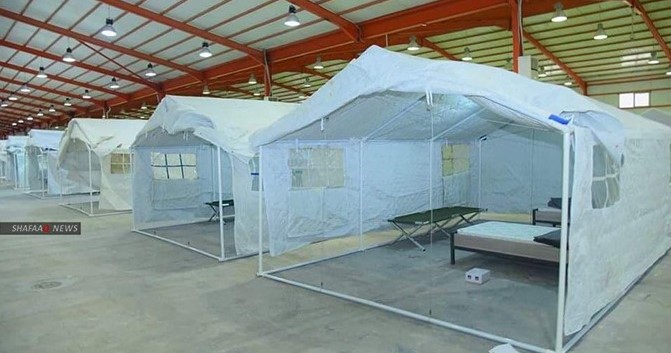 Shafaq News / The Ministry of Health of Kurdistan Region announced, on Monday evening, that it has recorded a new infection with Corona Virus in Erbil Governorate.

A new infection with Corona virus was recorded this evening for,49 years old woman, indicating that the symptoms of the disease appeared on her and she tested positive , the ministry said in a statement reported to Shafaq News Agency.

The statement indicated that the woman is a resident of Manktawa neighborhood in Erbil city.

The ministry announced earlier that 12 new cases of Corona virus were recorded in Garmiyan region.

While Iraq overall has witnessed its highest ever daily case total recorded cases on Monday, by 429 people testing positive for the virus according to the Iraqi Ministry of Health including Kurdistan Region figures.

In the meantime ten people died in the country after contracting Corona and 119 people recovered. Baghdad only ,which is the core of the virus in Iraq, confirmed 172 new cases.

KRG delegation responds on a letter sent by Baghdad to Erbil: Source

Erbil government announces the end of the gas crisis