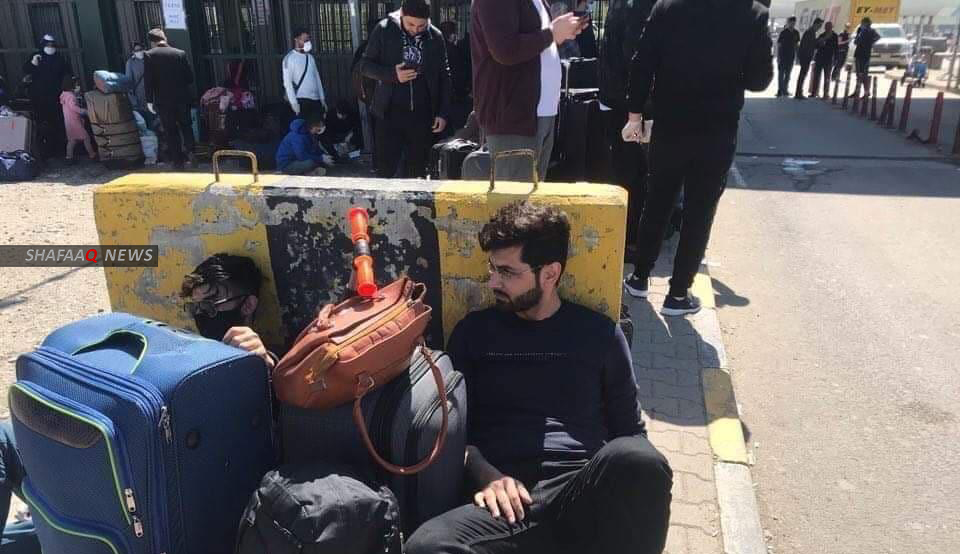 Shafaq News / Rebar Ahmed, Minister of Interior of Kurdistan Regional Government agreed on Monday, to grant Kurdish students an exception to enter the cities of the region, after being detained at the border because of the strict measures taken to combat the outbreak of Corona virus.

Abdul Sattar Majeed, a deputy in Kurdistan Parliament told Shafaq News that a number of Kurdish students who are studying in Turkey were detained at the border and the authorities in the region did not allow them to enter because of the procedures to prevent corona virus.

"After contacting the Minister of the Interior, Rebar Ahmed, measures were taken to allow them to return while taking medical measures including placing them in quarantine for a period of two weeks.

Masrour Barzani: Kurdistan is the Turkish trade gateway to Iraq .. Oglu: We have no problems with the Kurds

Heavy snow closes the crossing between Kurdistan Region and Turkey