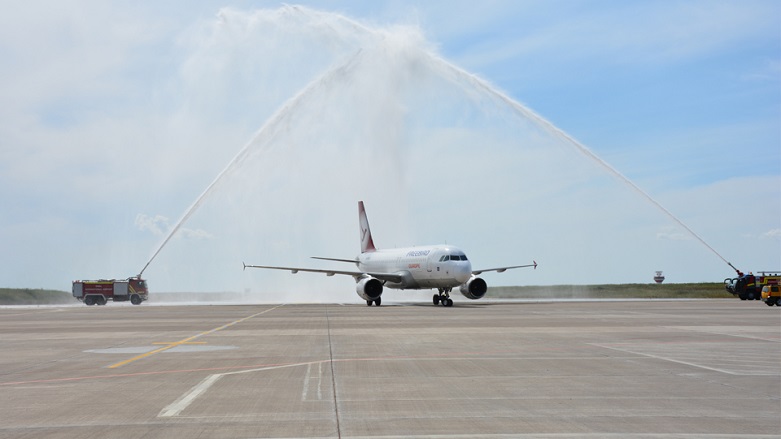 According to a statement issued by the airport today, it has received a diplomatic plane Boeing 787-9.

The statement pointed out that the flight lasted 10 hours and 33 minutes, and it is the first flight in the history of Erbil International Airport, which connects it directly from America.

"This is the first flight of this kind, but it is a historical event for us," the general manager of Erbil International Airport, Talar Faeq said .

It is noteworthy that Erbil International Airport is suspended receiving commercial flights until May 22, by order of the Iraqi Civil Aviation Authority to limit the spread of Corona virus

Sulaymaniyah doctors push back on government and suspend work in hospitals