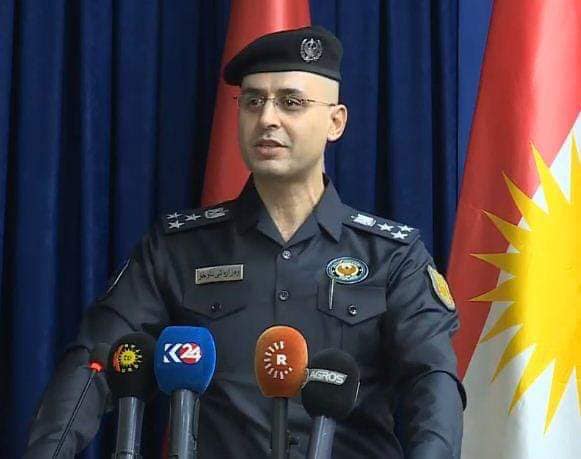 Shafaq News / Erbil Governorate Police Directorate announced the arrest of two suspects in possession of 22 passports at the international airport of the governorate.

"After we received information about the presence of 22 suspicious passports, our teams were quick to investigate and follow closely, and we were able to seize those passports," Police Director Brigadier General Delir Al-Najjar said in a statement published by the Directorate on its official Facebook page.

He referred to the seizure of passports in Erbil International Airport and the arrest of a suspect named (R, R, K) by a judicial decision in accordance with Article (299) of the Penal Code, as well as the issuance of an arrest warrant in accordance with Article (289) and (298) against the person called (B, R, K ) Who is outside the country, indicating that the defendants were planning to deal with the passports illegally.

Pence: Abdul Mahdi vowed to preserve the demonstrator’s lives; we are worried about the interference of Iran