Barzani: We want to develop relations with America in all fields 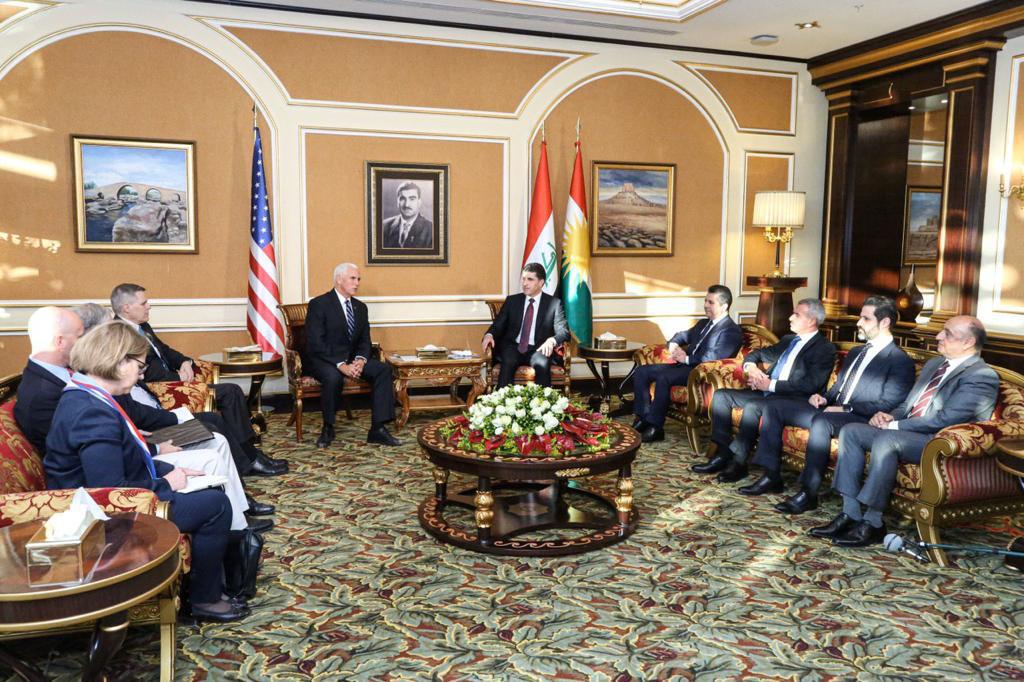 Shafaq News/ President of Kurdistan region, Nechirvan Barzani expressed on Saturday the desire of the region to further develop relations with the United States and to include all fields.

Barzani said during a meeting with U.S. Vice President Mike Pence, "On behalf of the people of Kurdistan with all its components, we thank the United States of America for the support provided to us in the war against ISIS."

"We thank you for all your support to Kurdistan and Iraq," he said, expressing his desire to further develop relations between the region and America in all levels.

Both President of Kurdistan Region ,Nechirvan Barzani and Prime Minister ,Masrour Barzani in Erbil received Pence and the delegation accompanying him.

An official statement issued by the regional government said that during the meeting, which was attended by Deputy Prime Minister of Kurdistan Regional Government ,Qubad Talabani and a number of officials, highlighted the latest developments in Iraq and the whole region.

The two sides discussed ways to strengthen relations between Kurdistan region and the United States to contribute to the consolidation of security and stability and achieve the general interest of Iraq and the region.

The Vice President pointed to the importance of the alliance between Washington and Kurdistan region, and said: "In my name and on behalf of President Trump, we emphasize the role of the Kurds as important allies of the United States in the region."

The meeting also stressed the continued support of the United States to Peshmerga forces in the framework of fight against terrorism represented by the Islamic State, which remains a serious threat, according to the statement of the region.