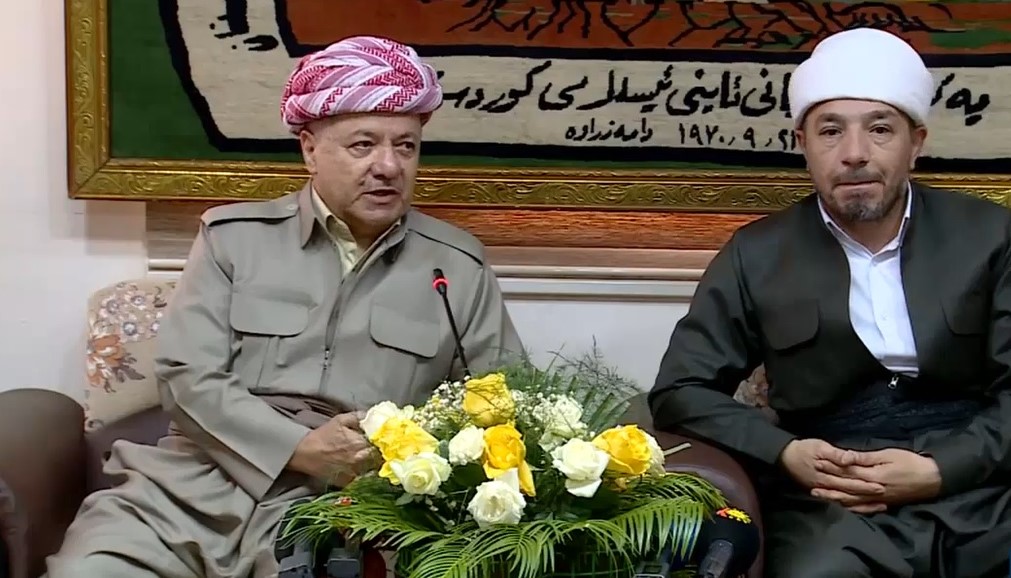 Shafaq News/ Kurdistan Democratic Party (KDP) leader , Massoud Barzani visited on Sunday ,the headquarters of the Union of Islamic Religious Scholars in Kurdistan to mark the 49th anniversary of its founding.

Barzani  recalled the role of his father, who was a prominent Kurdish leader in the founding of the union, and the role of religious scholars in the September Revolution and the sacrifices they made.

However, Barzani regretted what he described as the deviation and said that  "The religion of Islam is a religion of peace and love. ISIS and terrorism committed the greatest betrayal against religion by killing and burning people”.

"The union must take its important role and give people awareness not to separate religion from the homeland. The believer loves his homeland, and the nationalist loves his religion," he said.

For his part, President of the Union , Abdullah Saeed Wissi noted during the meeting to the contributions of the Union in the Kurdish struggle and the liberation movement.

He stressed that the Union was founded to drive away terrorist fanatic ideas and create a state of tolerance among the people of Kurdistan.