Urgent message from Arab and foreign organizations to the Iraqi government 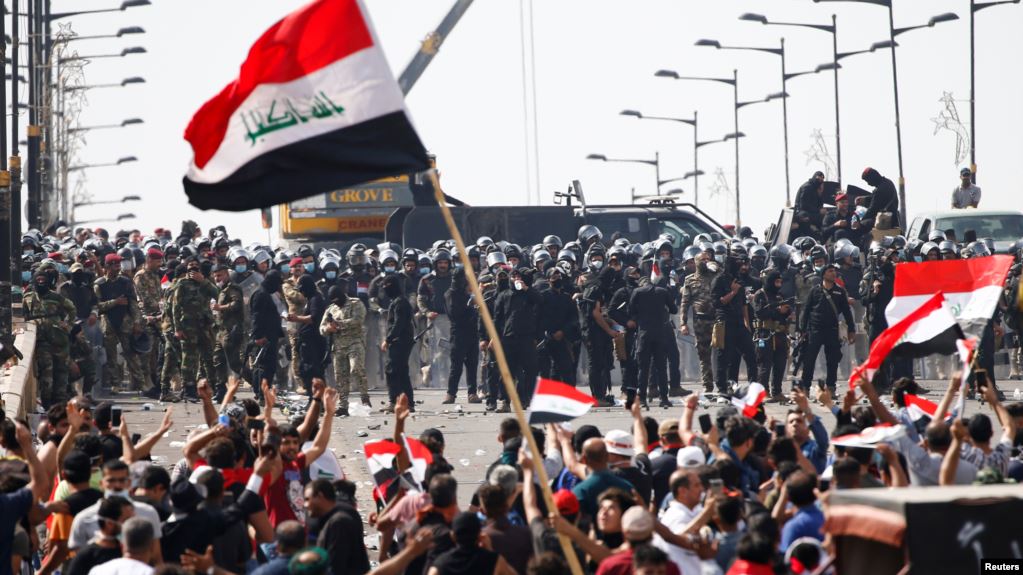 Shafaq News/ A number of Arab and foreign human rights organizations    condemned in a joint statement, the violent practices of Iraqi security forces against peaceful demonstrators, and the use of live bullets against them.

"It is very unfortunate that the Iraqi security forces on one hand and unidentified forces on the other hand dealt with peaceful protesters with excessive force, which led to the death of dozens of youths , injured thousands of different, and arrested large numbers of demonstrators."

Since the beginning of the popular movement on 1st of October in Iraq to protest the lack of basic services , widespread unemployment and the inability of political authorities to find solutions to the living crisis, 239 people have been killed and more than 8000 injured, many of them shot.

The repression did not stop there, but included journalists and media workers, where the media were prevented from covering the demonstrations, as well as the suspension of some channels and threatening others.

The statement added that the wave of repression escalated to include cutting off the Internet , assaulting journalists, arresting them, and destroying their work tools, ending with burning media institutions and other raids.

The statement stressed that all these procedures are contrary to the articles of the Iraqi Constitution, which guaranteed freedom of opinion and expression in all its forms, and also does not comply with the international legitimacy of human rights ratified by Iraq.

The statement included a number of demands made by the Iraqi government, above all, to fulfill its obligations in the field of guaranteeing human rights, release all detainees from peaceful demonstrators, and a free and impartial investigation into the killings of demonstrators.

The statement also called for lifting the ban on Internet inside Iraq, allowing the media and its employees to operate freely guaranteeing the right of citizens to access information.

The organizations that signed the statement appealed, those responsible on peaceful popular protests not to be drawn to violence, and also called on the Iraqi government to stop systematic repression of demonstrators.