The German ambassador emphasizes his country's support to Iraq 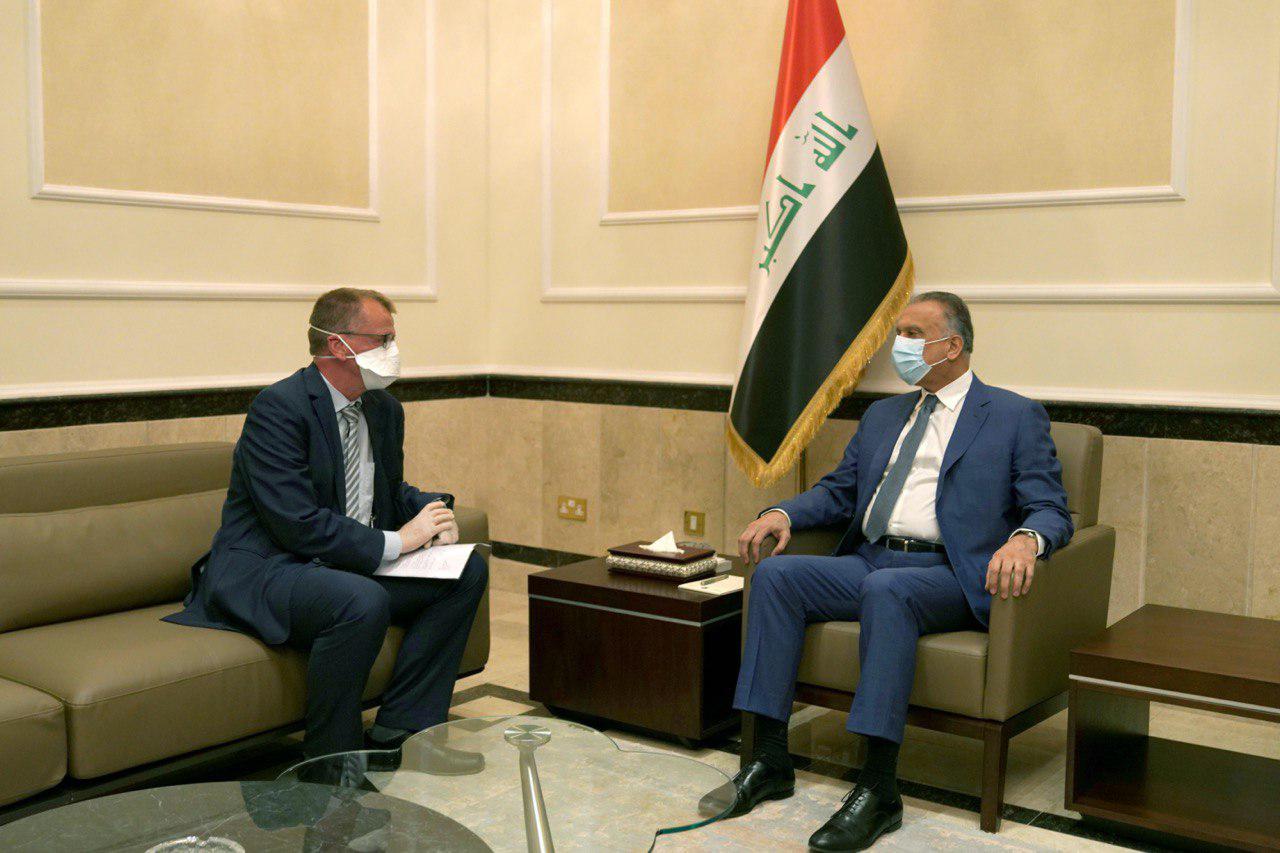 Shafaq News / The Iraqi prime Minister Mustafa Al-Kadhimi promised today, Monday, to eliminate the obstacles against German companies wishing to invest in Iraq. Berlin, on the other side, confirmed its support to Baghdad in the fields of military, energy and Covid-19 pandemic in Iraq; as it promised to complete constructing its hospitals in the country.
Al-Kadhimi’s office said in a statement received by Shafaq News agency, that he met with the German ambassador in Baghdad Ole Diehl, and added that, “Diehl handed Al-Kadhimi a written congratulatory message from the German Chancellor, Angela Merkel, upon the the completion of the ministerial cabinet".
Diehl emphasized, "Germany's support for Iraq in the fields of military cooperation (especially training Iraqi forces), energy and cooperation in the fight against Covid-19 and methods of completing the construction of German hospitals in Iraq;In addition to the participation of the German private sector in Iraq to take its role in the reconstruction of liberated areas".
On May 28, German Chancellor Angela Merkel congratulated the Iraqi Prime Minister, Mustafa Al-Kadhimi, for his assumption of the duties of his position. She explained that she acknowledges the difficulties and challenges facing him and his team and appreciated his "special" governmental program.