The capital, Baghdad suspends work in its departments 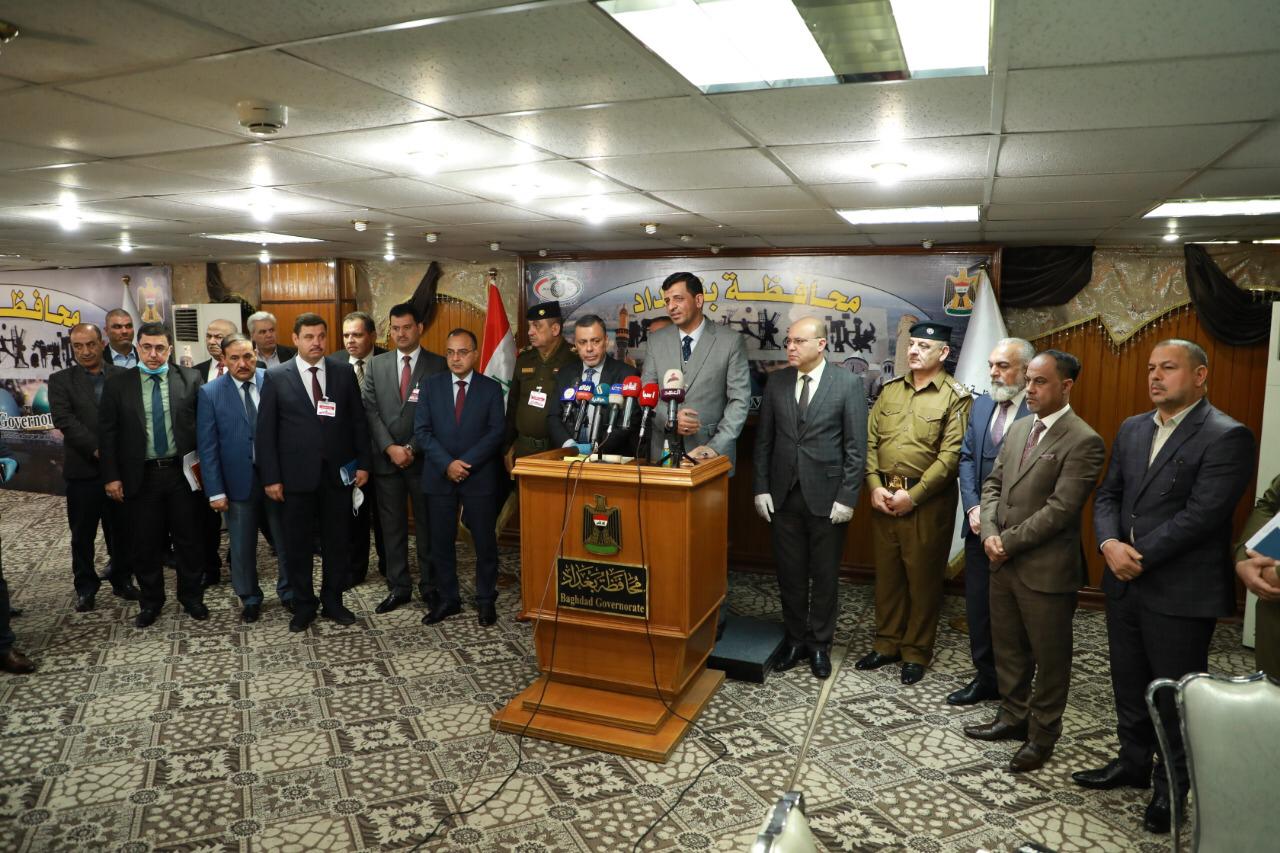 Shafaq News / The Governor of Baghdad, Muhammad Jaber Al-Atta announced on Sunday, that the official working hours of the governorate’s departments will be suspended from next Tuesday to Thursday, except for the health departments, security services, while a proposal was submitted to the Prime Minister for the purpose of including all departments in the capital.

This came during an expanded meeting of the crisis cell, in the presence of the Head of the Secretariat of the Supreme Commission for Coordination between the governorates, Torhan Al-Mufti and member of the Parliament , Taha Al-Defai, and the Deputy of the Technical and Administrative Governor, as well as health directors, education directors, the commander of Baghdad police, civil defense, and other security and service agencies.

The governor of Baghdad, Muhammad Jaber Al-Atta said in a press conference, "Granting a holiday comes as a precautionary measure to combat Corona virus, calling on the honorable citizens to stay in their homes and not go out except in the most urgent necessity."

With regard to religious visits in Rajab month, Al-Atta indicated that "holy shrines will take decisions in this regard, calling on the Husayni processors to" play an educational role in awareness on the dangers of Corona and the epidemic. "

For his part, the Director General of Baghdad Health Department, Al-Karkh Jasb Al-Hamami confirmed during the conference that "optimism still exists to curb the spread of the virus, and the coming days will make it clear to control its spread or getting out of control." Adding “ we had 10 confirmed cases as 7 of them recovered and those who remained in good condition,   the good news is that all cases are from arrivals and the disease has not yet spread infection internally. "

In turn, the director of Baghdad health, Rusafa Abdul-Ghani Al-Saadi said, "On Rusafa side, there are 16 infections, 8 of which have been recovered, and the disease is still not endemic."

This was decided at the meeting to submit a holiday proposal to the Prime Minister for including all departments in the capital.

It is noteworthy that the departments covered are Baghdad Governorate Office, its administrative units, the six education directorates and youth and sports directorates (Karkh, Rusafa and Sadr City) in addition to Baghdad Agricultural Directorate and the Directorate of Labor and Social Affairs

Protesters injured in clashes with security forces in central Baghdad