Suicide bomber killed in Saladin.. and an ISIS leader arrested in Nineveh 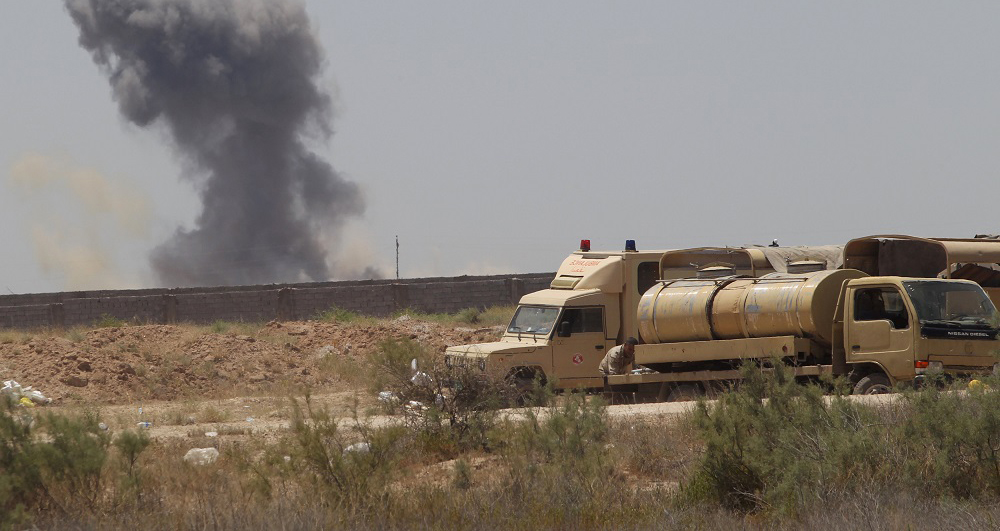 Shafaq News/ Iraqi forces killed today, Friday, a suicide bomber who attempted to attack farmers in Saladin Governorate, while an ISIS leader was arrested in Nineveh Governorate.
A statement released by the security media cell and received by Shafaq news agency, mentioned that, "a joint force, under Saladin Operations Command, killed a suicidal terrorist attempted to attack farmers west of Tulul Al-Baj", and added, "The security forces are conducting a search for another terrorist who was accompanying the suicide bomber".
In a related context, the Military Intelligence Directorate announced that an ISIS fuel tanker was arrested in Mosul.
In a statement received by Shafaq News agency, the directorate said that, "the detachments of the Military Intelligence Division in the 16th Division, in cooperation with the 92nd Infantry Brigade, arrested a terrorist in Abu Kadur; a village located in Tal Afar district in Mosul".
"The terrorist was transporting fuel to ISIS from Zammar to the village of Al-Buwair in Mosul. He was wanted by the judiciary under an arrest warrant in accordance with the provisions of Article 4 terrorism," the statement said.