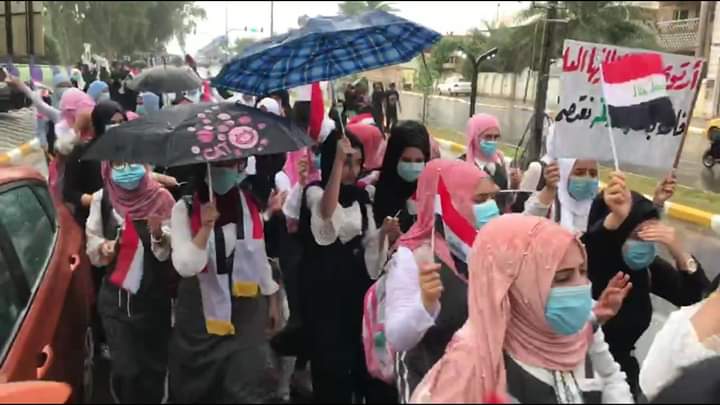 Shafaq News/ Demonstrators continued their protests on Thursday in southern Iraq in a calm atmosphere and was not accompanied by any clashes with security forces.

In Diwaniyah, the protesters continued to arrive at the striking square including staff, students of Qadisiyah University, students, schoolchildren, members of unions.

Shafaq News correspondents said that the security situation in the province is well stable and there are no street blocks by the demonstrators.

In Najaf, the province's education directorate and the local government building continued to be closed as students continued their strike at the University of Kufa as well as schoolchildren.

Hundreds of protesters are still present in Sadrin's square in Najaf.

Shafaq News correspondents said that security stability was observed in the vicinity of the shrine of Mohammed Baqir al-Hakim near Thawrat al-Eshreen bridge with the complete absence of armed manifestations and the presence of demonstrators near it.

The correspondents added that the old city is witnessing a significant decline in the number of arrivals except for al-Hawza students and local visitors to the shrine of Imam Ali.