PMF directs those with voided contracts to return immediately 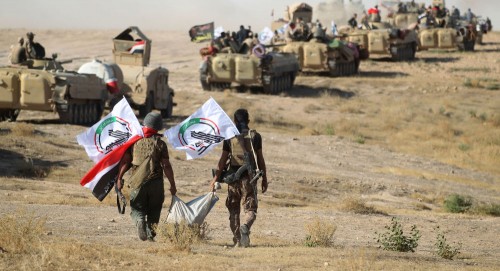 Shafaq News/ The Directorate of the Central Administration in the Popular Mobilization Forces (PMF) Authority, on Tuesday, called those with voided  contracts to return to service from the 10th of current month.

The statement added that the revise of members would be each according to the headquarters of his brigade or his former directorate within the operations section for the purpose of knowing the details and arrange the process immediately.