More than ten protesters were injured after a demonstration was broken up near al-Eshreen Revolution Bridge, according to Shafaq News reporter.

He said that the security forces used tear gas and live ammunition to disperse the protest.

Protesters also demonstrated in front of Maysan province and Diwaniya provincial building, but security forces dispersed them after firing live bullets with air.

It is noted Protesters blocked the road leading to Baghdad airport in the Iraqi capital Baghdad with the escalation of demonstrations for the second day in a row.

According to Shafaq News correspondent, the protests came out in the areas adjacent to Baghdad airport from al- Jihad and al-Furat neighborhood, amid intensified security deployment.

He said that the protesters had blocked the road to Baghdad airport.

On the other hand the Iraqi Prime Minister , Adel Abdul Mahdi presided an emergency session of the National Security Council.

This comes after the social networking sites in Baghdad and some other provinces blocked access it with a very slow Internet service, in conjunction with protests in Iraq since yesterday.

Where demonstrations renewed Wednesday morning in areas north of Baghdad, as security authorities cut a number of vital roads in the center of the capital.

Baghdad and other southern provinces have witnessed on Tuesday mass demonstrations demanding better services and fighting corruption, in which at least three civilians were killed and more than 250 wounded.

In the meantime, some areas of the capital Baghdad are witnessing a heavy deployment of security forces on the background of preparations for new protests.

Iraqi security forces reinforced their presence in the capital and fired shoot in the air to disperse demonstrators in Bab al-Sharqi area.

Earlier on Wednesday, Iraqi Army Chief of Staff Lt. Gen. Rukman Othman al-Ghanmi headed to Nassiriya with a military and security delegation amid news of gunshots directed towards the protestors .

The demonstrations broke out in several areas north and west of the capital and east to south as tires were burned and vital roads linking the capital with the rest of the provinces were blocked.

Pompeo: Iraq and Lebanon deserve to get rid of Khamenei regimes’ meddling

The Iraqi government reduces the official working by one hour

Blessed by Al-Sadr.. Ameri’s alliance reveals the blocs agreement on the next Prime Minister

Iraq at the bottom on passports classification in the world 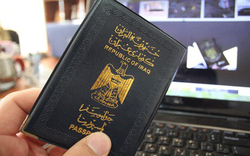