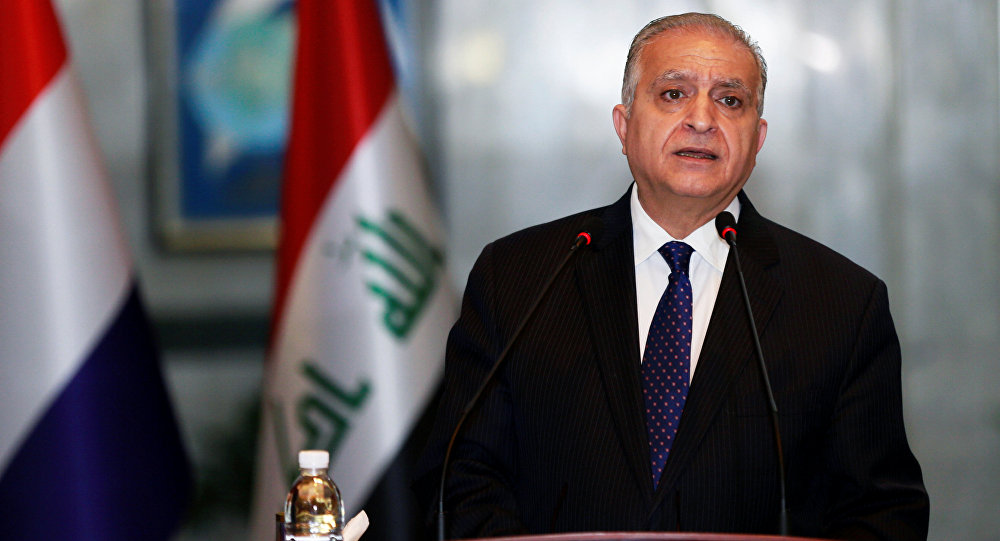 Shafaq News/ Iraqi Foreign Minister ,Mohammed Ali al-Hakim said on Thursday that his country had taken the necessary measures to prevent the infiltration of foreign ISIS fighters from the Syrian border to other countries.

"Iraq has taken all measures to prevent the infiltration of foreign fighters across the border with Syria into other countries," Hakim said in a joint news conference with French Foreign Minister, Jean-Yves Le Drian who  is visiting Baghdad currently .

"For foreign fighters, it seems that the number is very high and they have arrived in Syria from 72 countries," adding that the 72 countries needed to take the necessary measures against those fighters.

Hakim stressed that Iraq will not disavow Iraqi fighters within the ranks of ISIS in Syria and will receive them and trial them fairly.

"We discussed the Turkish attack and stressed the unity and integrity of the Syrian border and the central government should have the upper hand in preserving Syria's territorial integrity and protecting its citizens," he said.

A new toll of demonstrations victims in Iraq

MP: The curfew in the popular areas in Iraq is a "Lie"