Iraq and Norway make several understandings, including the oil-for-development agreement 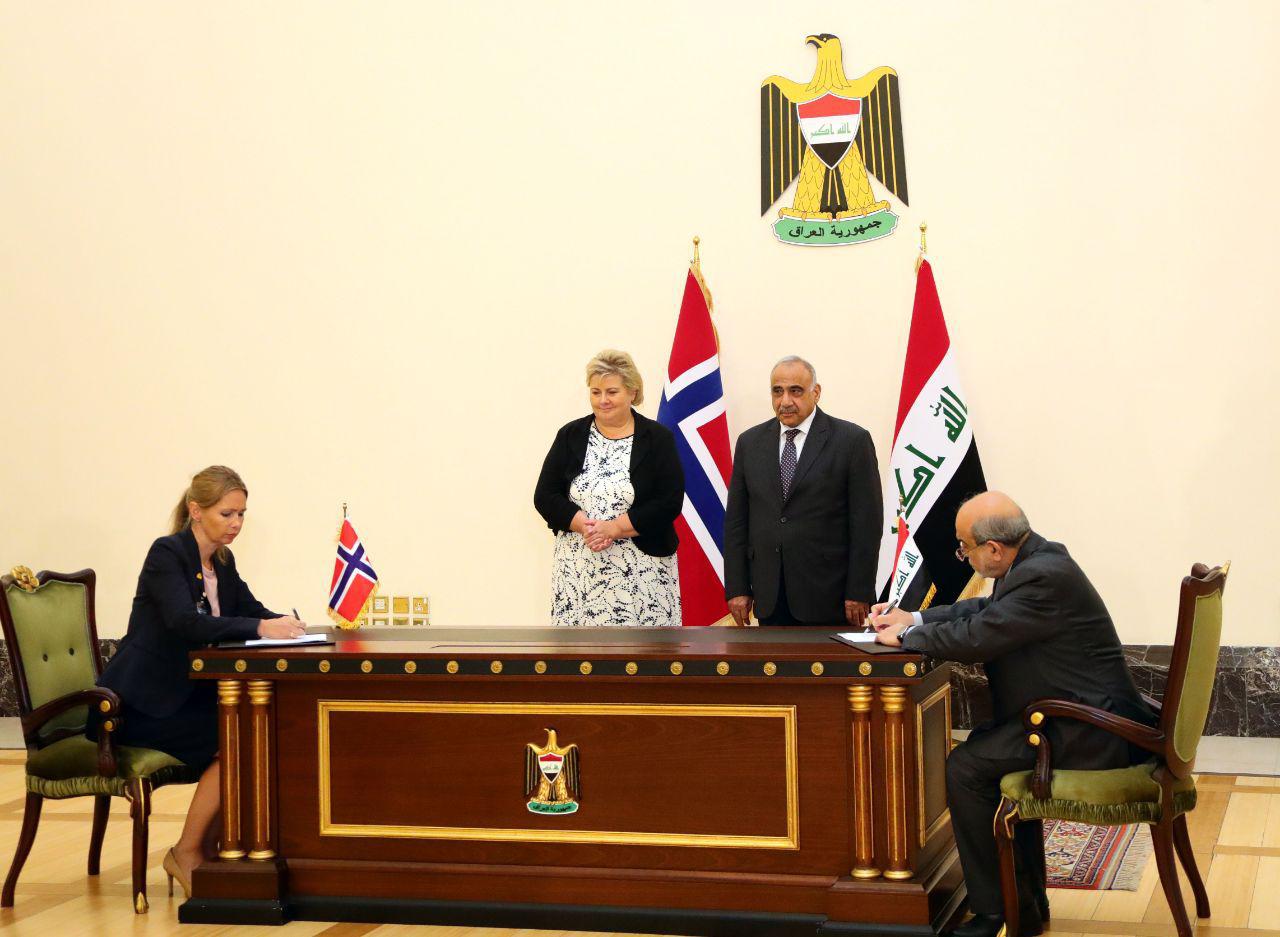 Shafaq News/ The Iraqi Prime Minister , Adel Abdul Mahdi and the Prime Minister of the Kingdom of Norway, Erna Solberg have discussed the development of relations between the two countries in all fields, and the benefit of the Norwegian expertise and companies in the reconstruction of Iraq, and continued cooperation against terrorism.

The Prime Minister said that "Norway has a successful experience on generational funds, and its highly qualified companies can contribute to the reconstruction of Iraq as well as experiences in the areas of development of women , childhood and social reconciliation."

He added that "this visit is of special importance and gave a strong impetus to the relations between the two countries and the two friendly peoples towards the establishment of strategic relations in the cultural and social aspects , fight against corruption in this important and fruitful visit, we signed (the agreement of the principles of oil for development) In order to achieve the building, progress and prosperity of our two peoples, we jointly stressed the importance of maintaining security and stability in the region and working for world peace and security. "

The Prime Minister called on the Kingdom of Norway to brief the European Union on the role played by Iraq and the need to support it as an important factor in the stability of the region and the world as well countering ISIS and make sacrifices and victory, and that the role of Iraq has achieved a better regional and global peace and eased their transition to the countries of Europe and the world.

The Agreement on the Principles of Oil for Development was signed at the end of the talks held in Baghdad on Monday morning in the presence and patronage of the Prime Minister and his Norwegian counterpart.

"This is my first visit to Iraq, I thank the Prime Minister for the warm hospitality and reception," she said, stressing that Iraqi sovereignty is very important. Norway will remain committed to its partnership with Iraq and will continue to support the Iraqi government in its efforts to combat terrorism, train Iraqi forces and rebuild Stabilizing Iraq, praising the Iraqi government's support for the United Nations Development Program (UNDP) Stabilization Fund. She also stressed Norway's desire to strengthen bilateral cooperation and its aspiration to build a long-term partnership with Iraq.