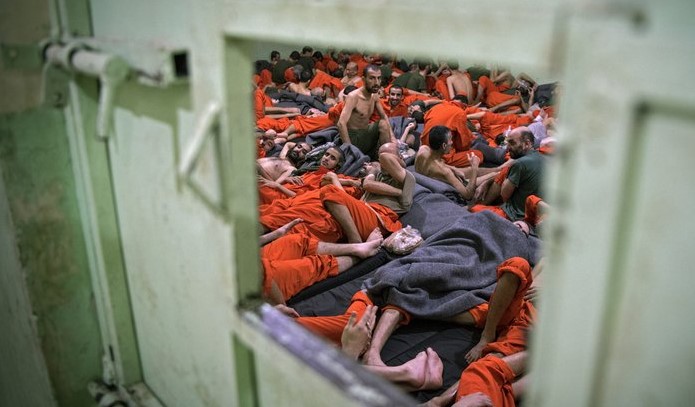 Shafaq News / The Euro-Mediterranean Organization for Human Rights revealed in a report, the conditions of thousands of detainees in Iraqi prisons, warning of an imminent humanitarian catastrophe if the Iraqi authorities continue to delay their release or decide their fate.

The organization located in Geneva said in a statement that “the outbreak of the Coronavirus in Iraq poses an additional threat to the lives of detainees, especially that prisons lack the minimum essentials and requirements for health care”.

Indicating that “the Iraqi authorities detain more than 60,000 people, including about 1,000 women, spread over 13 government prisons, as well as tens of secret prisons of militias and parties”.

The report explained that “Iraq is still adopting a policy to hide official data related to the numbers of detainees in its prisons and their health conditions, as well as deaths, especially in light of poor conditions of detention, medical neglect and the spread of serious and contagious diseases”.

“Prisons are faced by overcrowding due to the escalation of detention, and the delay of the judiciary”, the report mentioned.