Demonstrations in Baghdad denouncing the release of Al-Issawi 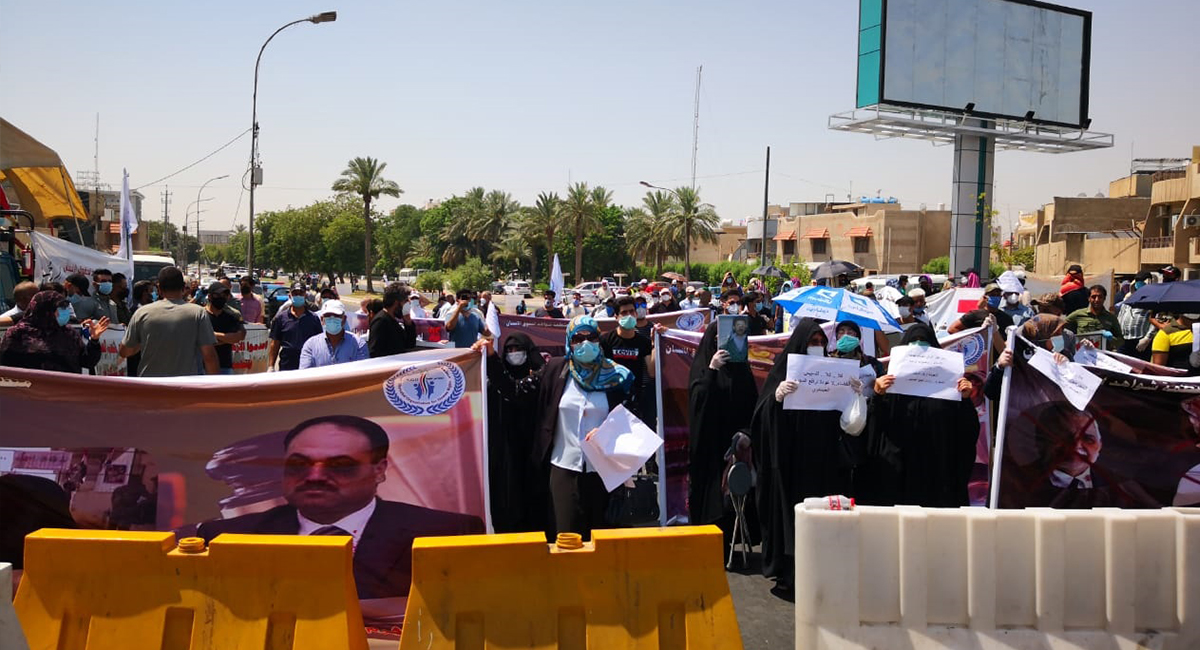 Shafaq News / Protestors stormed, today, Tuesday, the center of the capital Baghdad, to denounce the Supreme Judicial Council’s decision, in which former Finance Minister, Rafi Al-Issawi was acquitted of the charges against him.

Earlier today, the Supreme Judicial Council announced the release of Al-Issawi on bail, after the lack of evidence against him, about issues related to terrorism.

Shafaq news agency reporter said that the protestors demanded the council to reverse its decision.

For his part, Judicial Council spokesman, Abdulsattar Al-Bayrakdar, announced that a date had been set for the trial Al-Issawi on administrative corruption cases.

On June 17, the Supreme Judicial Council of Iraq announced the arrest of the Al-Issawi, to conduct an investigation with him about crimes he was accused of.

Al-Issawi, who belongs to the Iraqi National Forces Union, held the position of Minister of Finance in the Iraqi government between 2008-2014, when Nuri al-Maliki was Prime Minister. He submitted his resignation from his position after he was accused of supporting terrorism.