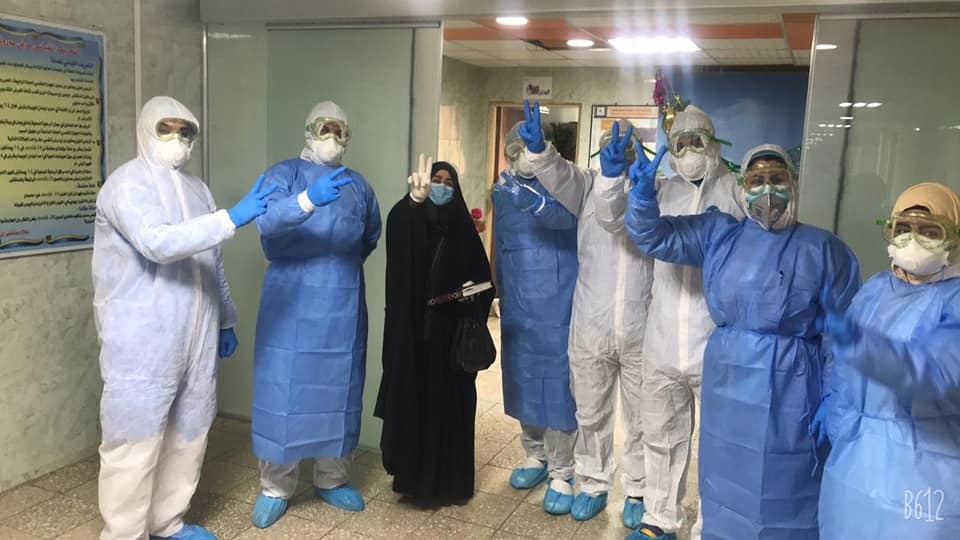 "The first case is for a 50-year-old woman and the second is a 39-year-old woman from al- Zafaraniya district," director general of the department, Abdul-Ghani Saadoun Al-Saadi said in a statement received by Shafaq News.

He added that "the two cases showed signs of recovery, and they were given laboratory tests again and the results were negative, confirming that they have recovered and were discharged from the hospital."

Al-Saadi explained that "the total number of all cases that gained recovery was 13 on Rusafa side."

Al-Saadi called on all citizens to "review the nearest health institution in the event of symptoms of the disease appeared to make sure of the infection or not and ensure that the infection is not transmitted to others."

Clashes Renewed Between Security Forces and Protesters in Baghdad

This is how Jamal Khashoggi saw the demonstrations in Iraq

Dangerous terrorist plan to target Baghdad, Kurdistan and a number of provinces foiled