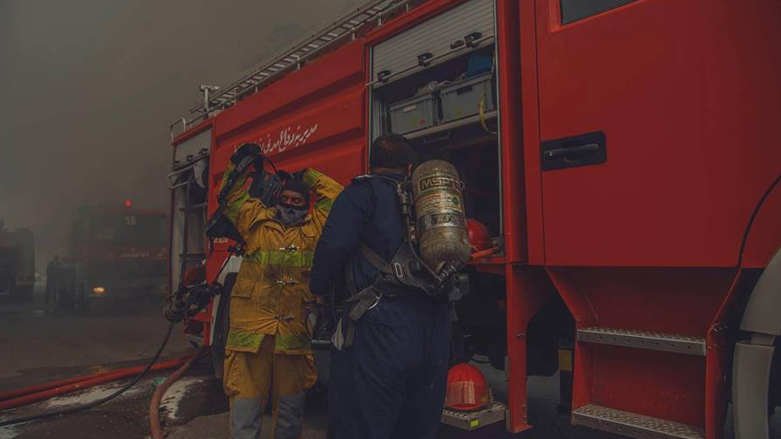 Shafaq News/ A fire broke out in central Baghdad in a food store.

According to an Interior Ministry statement, a fire broke out inside a food warehouse on 62 Street in Baghdad's Karrada area .

Eight civil defense teams were heading to the scene, the statement added.

Civil defense teams said Sunday night that a fire had been supressed in a building near al-Ahrar Bridge, where clashes between protesters and security forces are taking place in Baghdad.

The directorate said in a statement that firefighter teams in Hafez al-Qadi area suppressed a fire in a three-storey building containing sports equipment, after its three floors were burned due to clashes near Al-Ahrar Bridge with the participation of more than 15 firefighter and rescue teams.

The statement added that the civil defense teams faced great difficulties due to the large number of demonstrators and clashes with the security forces near Al-Ahrar Bridge, which led to the exposure of their teams to tear gas, hampering the extinguishing operations until they managed after a great effort to control and extinguish the fire, without causing any significant casualties inside the building.

A night visit for Al-Kadhimi to a central prison

With the participation of 10 firefighters teams ... a fire put out in an old "Khan" in central Baghdad

Documents... A lawsuit against "BBC" about investigation on "sex trade" in Iraq

Fire breaks out at Abu Ghraib prison in Baghdad