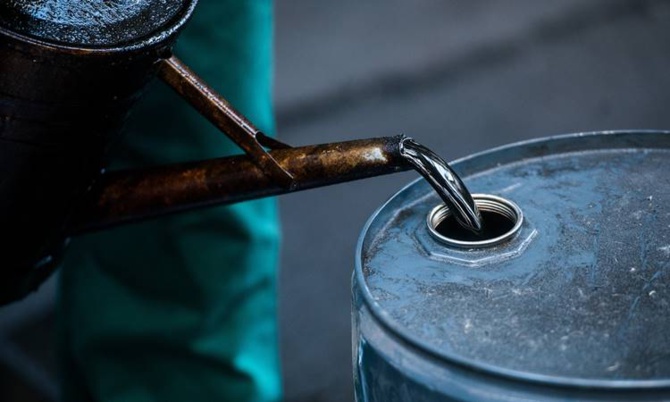 Shafaq News / Oil prices rose 8 % on Tuesday, to recover from the largest loss recorded in one day in nearly 30 years, while investors are looking for a possible economic stimulus in light of the price war between Russia and Saudi Arabia and the slowdown of new cases of corona virus in China.

U.S. President Donald Trump said on Monday that he would take “significant” steps to support the U.S. economy in facing the impact of   Corona Virus outbreak and would consider salary tax cuts with Republican lawmakers in Congress on Tuesday.

The benchmarks fell 25 % on Monday, dropping to their lowest levels since February 2016 and marking the largest percentage decline in one day since January 17, 1991, as oil prices fell when the Gulf War erupted.

Trading volumes in the contract for the closest entitlement to both raw materials reached record highs in the previous session after the collapse of a three-year agreement between Saudi Arabia and Russia and other major oil producers to reduce supplies on Friday.

Asian stocks rose and bond yields rose from historic lows, as speculation of coordinated stimulus by central banks and governments around the world calmed the sell-off by panicked investors.

Spirits also received a boost after Chinese President Xi Jinping Wuhan visited the epicenter of the outbreak of Coronavirus, for the first time since the epidemic began, and as the spread of the virus on the Chinese mainland slowed strongly.