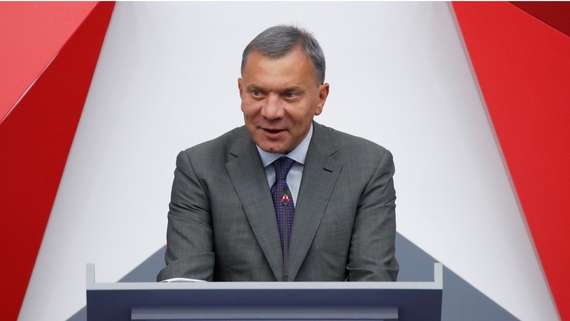 The National Iranian Oil Company (NIOC) decided May 4 to open an economic representative office in Iraq. The decision was made during a meeting bringing together executives at Iraq’s Oil Ministry and Iranian oil industry equipment producers, on the sidelines of the Iran Oil Show 2019.

Ramin Gholampour Dezfouli, NIOC's director for support, construction and goods supply, said only Iranian companies approved by the NIOC will be able to partake in Iraqi Oil Ministry projects.

Since the second wave of the US sanctions against Iran in November, Tehran has focused its attention on promoting economic cooperation with Iraq to mitigate the US blockade’s impact on Iran's economy. Nada Shaker, a member of the parliamentary committee of economy and investment, told Al-Monitor, “Iraq is also interested in expanding economic relations.” She added, “It is only normal for Iran to open an economic representative office in Iraq, given the strong cooperation in the oil sector between the two countries. [This cooperation] includes, for instance, exploration projects and having Iranian companies set up refineries, which has nothing to do with the sanctions,” she added.

Shaker said that “such offices are line with efforts to exempt Iraq from the oil and energy sanctions.”

This dovetails with the May 8 announcement from Prime Minister Adel Abdul Mahdi’s media office about extending the Iranian oil sanctions waiver for Iraq.

Ali al-Abboudi, a member of the parliamentary oil, energy and natural resources committee, told Al-Monitor that the promotion of economic ties, particularly in the oil and energy sector, would allow Iraq to meet its "needs for Iranian gas through which the Iraqi power plants generate 3,600 megawatts. It is necessary to open an office, which we are keen on, just as the US is also keen on its interests.”

According to reports, Tehran is promoting its economic, political and military influence in Iraq in order to mitigate US sanctions and threats. The Islamic Revolutionary Guard Corps (IRGC) navy commander, Rear Adm. Alireza Tangsiri, spoke May 1 with the Iraqi naval forces commander, Rear Adm. Ahmad Jassim Maarij, about conducting joint naval exercises. Saeed Mohammad, the head of the Khatam al-Anbiya Construction Headquarters, an Iranian organization under the IRGC involved in economic and finance projects, said May 2 that a study is being conducted on setting up a joint Iraq-Iran-Syria bank and establishing financial ties among the countries’ central banks.

Mohammad Kareem, a member of parliament for the Fatah Alliance, told Al-Monitor, “It is a necessary and anticipated thing to see the NIOC opening a [representative] office, or to see other offices being opened in the future.” He added, “This is because the Iraqi-Iranian ties in the oil sector will neither be halted nor be affected by the sanctions against Iran.” Kareem also said, “The government is oriented toward reaching an understanding with the US on the continuation of such ties. The presence of the NIOC in Iraq is a part of such orientation as well.”

Nevertheless, Iraqi political figures and parties warned Abdul Mahdi on April 23 against failing to abide by the US sanctions against Iran. Many Iraqis demanded that their country’s interests be given priority over those of other countries.

Hamza Jawahiri of the Iraqi Oil Ministry said, “Dozens of foreign companies have their [representative] offices in Iraq, where many Iraqi investors work and the state’s relations with the companies are organized.” He added, “An office in Iraq would imply that such company has large-scale business [here]. The opening of the Iranian office means that there is intention to expand its initially extensive activities in Iraq.”

Jawahiri said that because of the US sanctions, “The role of [the representative] office will be limited to technical and engineering services, such as establishing pipelines and engineering equipment, which Iraq favors given their very low prices. It will not involve oil trade.” He added, “It will also help coordinate the work of Iranian manufacturers.”

He stressed the importance of the office in “organizing explorations in the 12 joint Iraq-Iran fields, and in oil exploration, which are not banned under the sanctions against Iran.”

Jawahiri said opening the office “is an annoying political message to the US that Iran will maintain its activities in Iraq and promote its ties with [Baghdad], which the US dislikes.” This is particularly true when taking into account that in May, Iraq’s parliament embarked on examination of a bill to supply Syria, Iran’s ally, with fuel. This provides the office with an exceptional political dimension.

There is no doubt that the office is a source of concern for Washington, when taking into account a New York Times May 7 report. It wrote, “Many of these groups have large numbers of representatives in the Iraqi Parliament, where the power to designate ministers is divided among the political blocs. If a bloc or a party controls who becomes a minister, they have a chance to influence who gets valuable contracts or jobs.”

Iraqi economic expert Salam Sarhan also wrote about the matter, saying, “Iraq’s Oil Ministry has started to take actions that intersect with Iran’s interests. Most notably among these is doubling the drilling of wells of Iraq's Majnoon field, whose reserve overlaps with Iranian fields, and pushing the Popular Mobilizations Units away from the largest gas field, paving the way for its commissioning.”

Isam Jihad, a spokesman for the Oil Ministry, told Al-Monitor that he sees things differently. He said, “There are joint MoUs [memorandums of understandings] and agreements with Iran which the ministry is committed to. The international companies under contract with the Oil Ministry have [representative] offices in Baghdad and some provinces. The same applies to the [Iranian] companies.”

The office’s mission undoubtedly exceeds the technical task of coordinating and managing the business of Iranian companies in Iraq. It expresses Iran’s insistence on fortifying its political influence in Iraq via the oil and economic sectors.