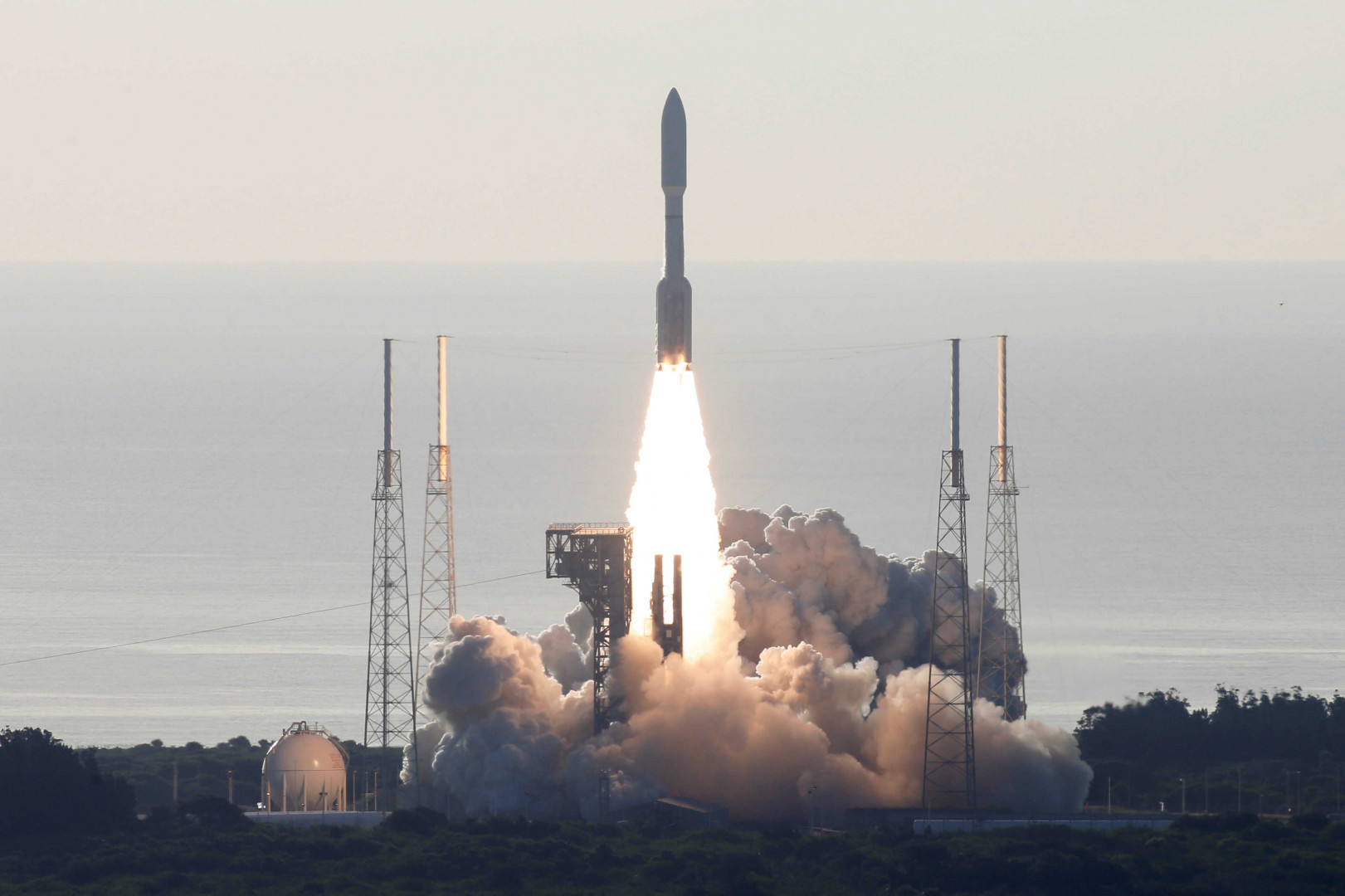 Shafaq News/ NASA's next-generation rover, named Perseverance, has blasted off from Florida's Cape Canaveral to begin its journey to the Red Planet. The US spacecraft will scour Mars for signs of ancient life, Deutsche Welle reported.

The $2.5-billion spacecraft, which launched atop an Atlas V rocket on Thursday, is due to reach Mars in February next year.

The robotic rover's mission is to search for signs of ancient microbial life on Mars. Equipped with a helicopter drone, the car-sized craft is designed to study the planet's climate and geology, and collect rock and soil samples.

"This is the first time in history where we're going to go to Mars with an explicit mission to find life on another world, ancient life on Mars", NASA administrator Jim Bridenstine said.

As by Deutsche Welle,

The US space agency has previously launched eight successful Mars landings. Its Perseverance mission is part of the Artemis program, which aims to establish a human presence on the moon by 2028, as a stepping stone for human missions to Mars after 2030.

Scientists believe the fourth planet from the sun could have hosted life more than 3 billion years ago when it was covered in rivers and lakes and was much warmer than today.

Furthermore, Perseverance is due to land at the base of a 250-meter-deep (820-foot-deep) basin called the Jezero Crater. Scientists believe there's a chance that the site, a former river delta, preserved organic molecules and evidence of microbial life. But to get there, the rover will have to pull off a complex maneuver -dubbed by engineers as the "seven minutes of terror"- to enter the Martian atmosphere. The robot will have to withstand extreme heat and speeds during its descent, before touching down with the help of supersonic parachutes and mini rocket engines.

"It's without question, a challenge. There's no other way to put it", Bridenstine said.

Perseverance is the third Mars mission in as many weeks, with China and the United Arab Emirates launching their orbiters earlier this month. It is expected to stay on the planet for at least two years.

The Dwarf planet is a possible habitable zone