A report: 2020 could be worst year yet for hunger in Yemen 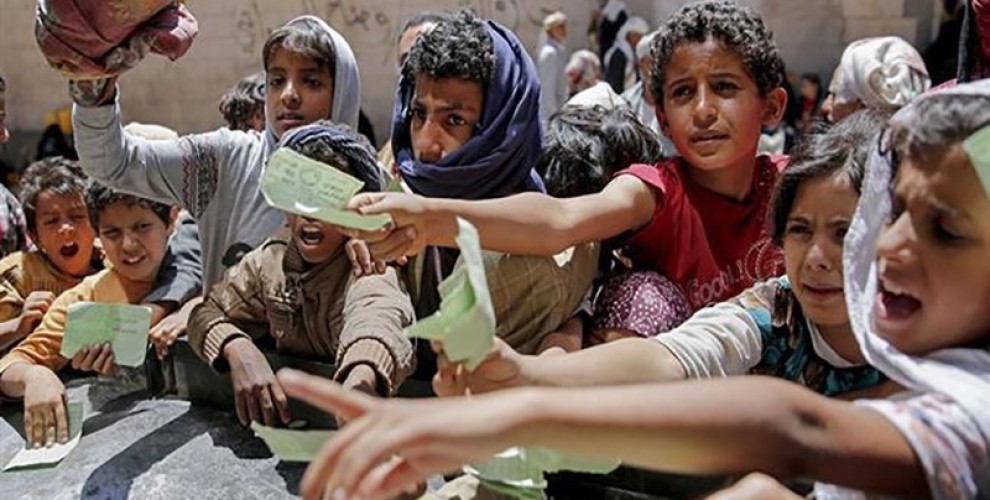 Shafaq News/ The British newspaper "the independent" confirmed in a report that 2020 will be the worst year of hunger in Yemen because of the civil war, the coalition raids, the corona pandemic, and floods.

Speaking to the Security Council on Tuesday, the UN’s humanitarian chief, Mark Lowcock, said that without more funding and an immediate ceasefire, there would be a surge in hunger, malnutrition, cholera, the coronavirus and “above all, death”.

Despite the fact the country is on “the verge of collapse”, he said the UN was only able to raise 18 percent of the money needed to run their programs this year after a failed funding drive.

Just a few days before Lowcock’s statement, several UN agencies said that an additional 1.2 million people in the largely government-held south of Yemen will be acutely food insecure by the end of the year.

the joint report describes how Yemen is in the eye of a “perfect storm” of economic shocks, conflict, floods, a plague of desert locusts – and now the coronavirus.

“We are witnessing a very alarming deterioration and we don’t see anything allowing us to stop this current decline,” Annabel Symington, a spokesperson for the UN’s World Food Program, tells The Independent.

Yemen has been ravaged by a ruinous civil war since the Iran-backed Houthi rebels swept control of the north of the country in late 2014, ousting the president, Abedrabbo Mansour Hadi.

In response, Saudi Arabia and its Gulf allies launched a bombing campaign in March 2015 to try to reinstate the internationally recognised government.

Soaring food prices are among the main reasons for hunger in Yemen. The UN’s Food and Agriculture Organisation (FAO) told The Independent that the cost of staples such as flour has increased by 40 percent since last year alone, while the cost of food in general has tripled since the start of the war.

This is driven in part by a sharp decline in food and aid coming into Yemen, a country that relies on imports for 90 percent of its supplies.

But there are other factors piling pressure on families.

New reports shared with The Independent indicate that the destruction of Yemen’s agricultural sector, which employs half the country’s workforce and is responsible for 15 percent of its gross domestic product (GDP), will also push more people into food insecurity this year.

The FAO said last week that cereal production this year is forecast to be just 365,000 metric tons – less than half of pre-war levels.

The crops that are among the hardest hit are the country’s palm trees. According to public reports and local journalists investigating the issue, half the country’s more than 4 million palms have died since the start of the war.

Yemen's data project, which tracks air raids, indicated that since the beginning of the crisis, more than 680 air raids were recorded by the Arab Alliance and reached agricultural lands all over Yemen.