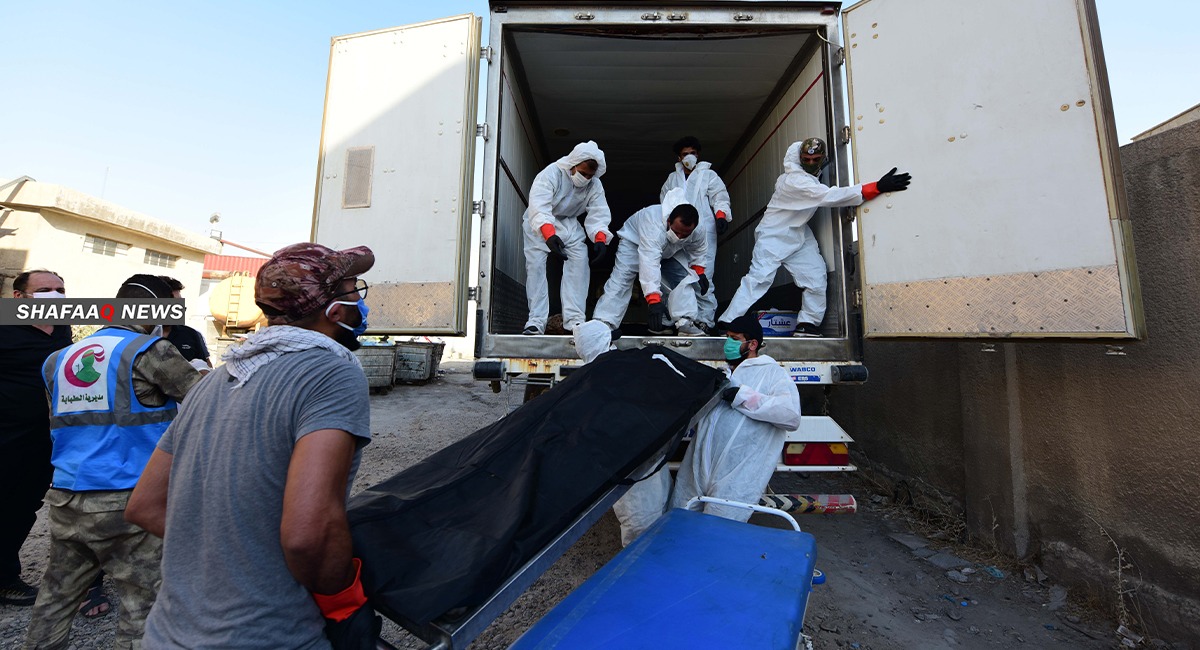 Shafaq News/ Iraq, and just like many other countries around the world, has chosen to gradually resume life; apparently in an implicit recognition that the containment of the coronavirus (COVİD-19) is not feasible in the foreseeable future. This is the bitter truth of this pandemic, which has infected more than 16 million people and caused the deaths of more than 600,000 people around the world.

Iraq’s first registered COVİD-19 case was in Najaf on February 24th, 2020, and then the pandemic spread uncontrollably in various Iraqi cities; now more than 100,000 infections with more than 4,000 fatalities are recorded.

Resuming life –despite the optimism it raises- represents an admission that the Iraqi’s, like other nations on this planet, recognize that the option of defeating COVİD-19 pandemic is off the table; due to the virus’s unknown nature and mechanism of action.

Iraqis decided to resume life, not for their certainty of the future; but more like a submission to the unknown –which is not a new situation for them at all, as they have been living under such circumstances and threats for decades.

Living conditions have pressured the Iraqis and forced them to reopen their doors and face their inevitable destiny to seek a living, as months of quarantine announced by the Iraqi government in March tightened the income of millions of Iraqis in an economic phase that is already difficult.

However, the fears in Iraq are great; the health care system is suffering from deep problems due to the neglect of hospitals and treatment facilities by successive governments, and the majority of experts and specialists worldwide expect a second wave of COVİD-19 to be even more powerful and dangerous, especially if it came in fall and winter.

With more than 100,000 infections reported, it is estimated that Iraq is still in the first phase of the pandemic - taking into consideration the deadly second wave, the fundamental question is whether Iraq is ready for such a war with the virus.

Some 300,000 people have been infected in Britain, Iran, Saudi Arabia, and Pakistan; with more than 300,000 cases in Russia, South Africa, Peru, Mexico, Chile, and Spain.

That's why some might say that Iraq is still in a relatively "safe zone". But it is noteworthy mentioning that the former government of Adel Abdul Mahdi and the current government of Mustafa Al-Kadhimi has tried in various ways to impose preventive measures and protection against the pandemic, however, many citizens in many provinces have not fully complied, opening the door wide to the increase in infections, and paved the way for a surge in the spread of the pandemic in the coming weeks.

All Iraqis remember how the government adopted a series of measures: a total quarantine, then a partial curfew, a freeze on flights and suspension of studies at universities and schools, though many cities recorded major breaches of the ban.

Now, with Iraq resuming its air trafficking on Thursday after a four-month break, a new door is opening for the possible infiltration of the virus, from and to Iraq.

The former Iraqi government has adopted a series of steps to prevent the spread of the virus, including returning the Iraqi citizens from Iran, the closure of land borders, the suspension of border trade, the continued trade through sea and airports with strict health policies, and the closure of shops, commercial centers, cinemas, cafes, swimming pools, schools, universities, restaurants, clubs, and others. The government has also banned the entry of travelers from specific countries that have been greatly affected by the pandemic, such as France and Spain.

Abdul Mahdi’s government also took steps to strengthen health cooperation between Baghdad and Kurdistan, as well as the formation of a crisis cell in each Iraqi ministry to carry out the government's decisions; alongside Baghdad’s and other provinces’ operations command.

These steps may have contributed to reducing the spread of the virus, but they did not stop it. More than 100,000 infections were recorded in five months, from March until July, which means that the threat to Iraqi lives remains imminent.

It is enough to take a look at the rate of infections in some provinces to realize the magnitude of this risk. In Maysan, there are more than 2,800 cases, Najaf 2,400 and Baghdad more than 2,300, while in Kurdistan there are 2,600 cases in Erbil and more than 7,000 in Al-Sulaymaniyah.

In some countries that have recorded a large number of infections, such as Britain, Sweden, and Switzerland, experts have bet on a basic equation alongside the medical aspects: citizens' confidence in their governments' decisions to get out of this ordeal and, more importantly, the awareness of people who know that prevention, social distancing, and mandatory quarantine are the key to survive as long as no successful drug is available yet.

As they said, prevention is better than a pound of cure. Perhaps the Iraqis are coming out of this disaster with the least fatalities.