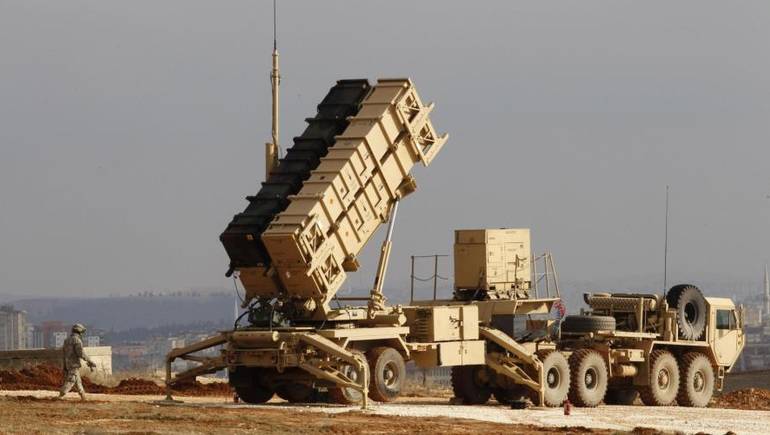 The sources said that one of the Patriot batteries arrived at Ein al-Assad base in western Iraq last week, and is being installed.

There are American soldiers at the base, which was attacked by Iranian ballistic missiles last January in response to the US assassination of General Qassem Soleimani, commander of the Qods Force in the Iranian Revolutionary Guard, near Baghdad airport.

Patriot systems consist of highly sophisticated radars and interceptors that can destroy a ballistic missile while it is flying.

A US official said that another battery arrived at a base in Erbil, the largest city in Kurdistan Region of Iraq, adding that two other batteries are still in Kuwait pending their transfer to Iraq.

A Western diplomat in Baghdad noted that "the goal of the United States from the Patriot is to protect its forces, which are now present in fewer bases."

Washington and Baghdad have been negotiating to deploy the air defense system since the January attack, and it is not clear whether the United States has obtained the approval of the Iraqi government to deploy the system.

Iraq opposed the deployment of the American defense system, and a military source familiar with the negotiations said that high-ranking Iraqi officials indicated during a meeting with US Central Command commander Gen. Kenneth Mackenzie last February that Washington could give Baghdad a political "cover" by reducing its number in Iraq with the deployment of defensive missiles.

Indeed, the US-led international coalition to fight the Islamic State has withdrawn its soldiers from several bases in recent weeks.

On Monday, the coalition forces withdrew from a military base in the northern city of Mosul, the fourth from which they will withdraw this month.

Coalition officials said the ultimate goal was to continue to support Iraqi forces fighting the remnants of ISIS, but "from fewer bases and fewer soldiers."

The coalition is also temporarily withdrawing hundreds of its trainers and stopping all training with Iraqi forces since the beginning of March to avoid the risks of Corona epidemic among its forces.

A statement issued by the office of the head of the Iraqi caretaker government, Adel Abdul Mahdi warned of "the danger of carrying out any act of assault without the approval of the Iraqi government," without referring to the Patriot.

The statement indicated that "there is an unauthorized flight" flying over different Iraqi regions.

Although the international coalition has not obtained the green light from the Iraqi government to fly any reconnaissance planes and drones since early January, American drones are still flying in Iraqi airspace, a US military official told reporters in Baghdad.

Corona suspect escapes from a hospital in southern Iraq