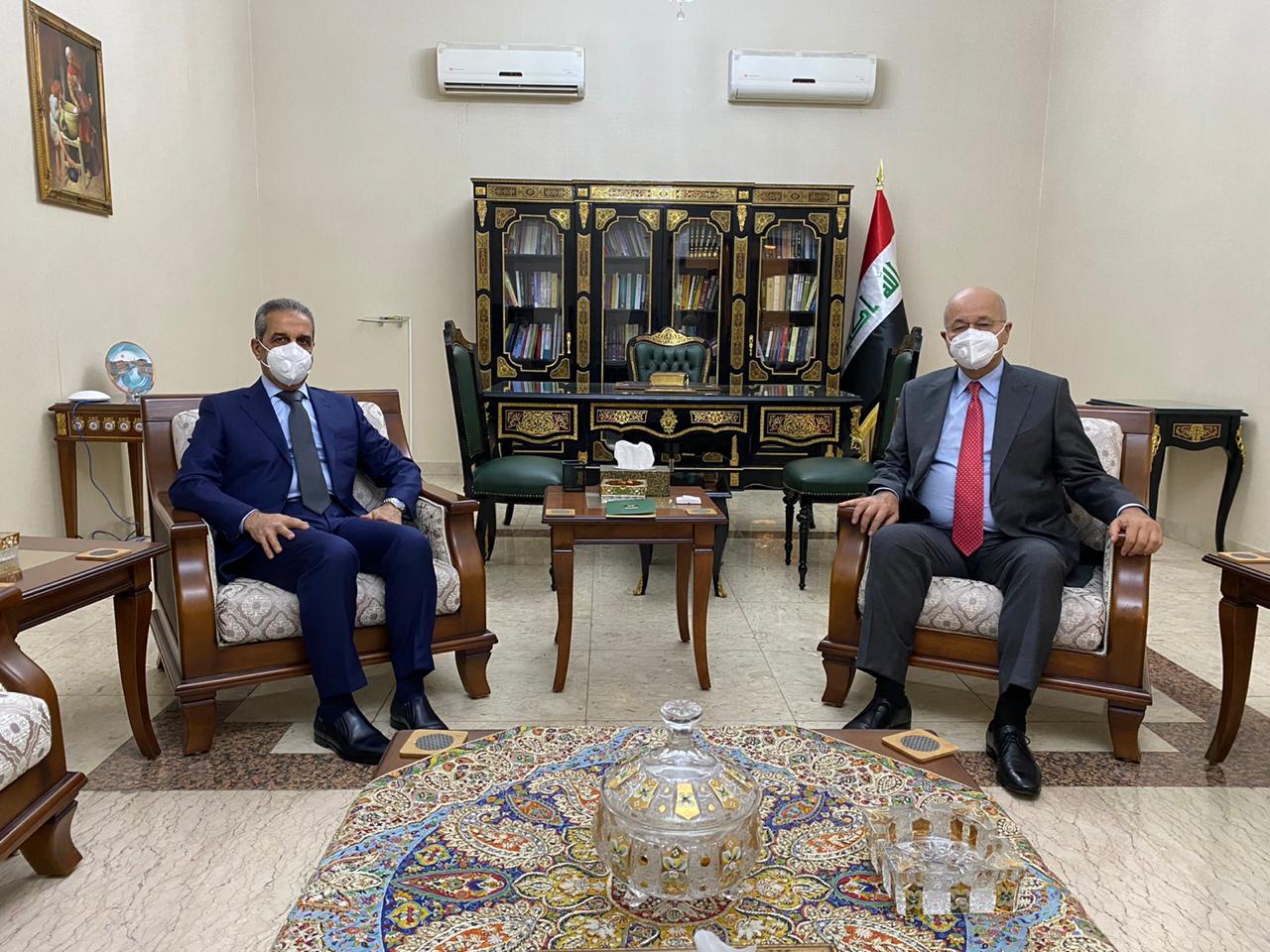 Shafaq News / The President of the Republic and the Supreme Judicial Council of Iraq discussed, on Thursday, the early elections and the amendment of the Federal Court Law.

A statement issued by the Presidency of the Republic and received by Shafaq News agency said, "President Barham Salih met, in Baghdad, the President of the Supreme Judicial Council, Fayek Zidan, where they discussed the early elections, and the importance of cooperating to ensure the independence and integrity of the electoral process, and restore the citizens' confidence and help them exercise their constitutional right".

The statement pointed that, "the two sides emphasized the importance of approving the amendment of the Federal Supreme Court law, supporting the role of the judiciary to combat corruption and cooperating in the field of legislating required laws".