Dollar paces its biggest monthly drop in a decade 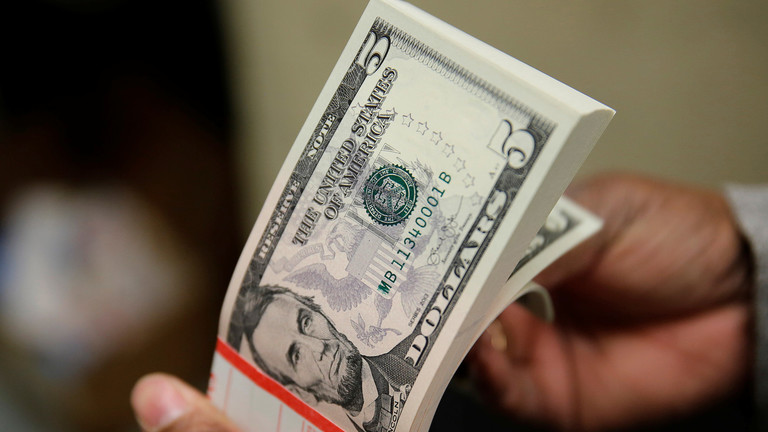 Shafaq News/ The dollar extended its fall on Friday, putting it on course for its biggest monthly drop in a decade as investors fretted that a rebound in the U.S. economy would be derailed by the struggle to stem the COVID-19 pandemic, Reuters reported.

Weakness in the U.S. currency propelled the euro higher, with the single currency touching $1.19, its strongest since May 2018, and enjoying its biggest monthly gain since September 2010.

As by Reuters, Confidence in the dollar was undermined further after U.S. President Donald Trump on Thursday raised the possibility of delaying the November presidential election.

It has fallen nearly 5% in July, with most of the drop coming in the last 10 days as new cases of COVID-19 surged across several US states and some recent data pointed to an economic recovery losing steam.